Modern Afghans and other stuff

I made an impulse purchase about a month ago - new(ish) modern Afghans from Eureka Miniatures.  I picked up the ANP (Afghan National Police) and civilians.  More on them later, but first I also managed to put some paint on other figures that had been hanging around on my table for a while.

First up are a few Russians and a Belgian from Pulp Figures.  These are figures I bought from Bob Murch's stand at Trumpeter Salute back in April.  The Russians will join my varied collection of interwar adventurers and ne'er-do-wells, as will the investigator, although he may be a bit gentile for the group he's found himself with.

Here is a Russian ammunition wagon for the army of Tsar Alexander I.  I haven't touched any Napoleonics for months, having been distracted by other projects, but I still have plenty left in the lead and plastic pile! Perry Miniatures, of course. 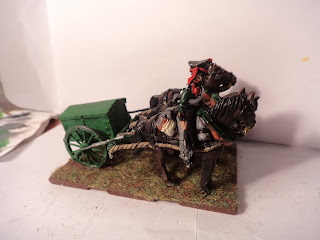 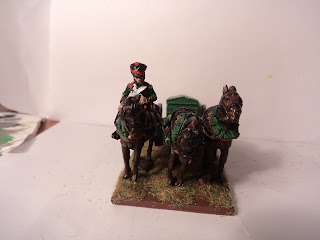 I managed to fit in a few more Pathans for the 2nd Anglo-Afghan War.  Mostly Old Glory, except for the bloke sitting down who is (if I recall correctly) from Chaos in Cairo, which is also OG. 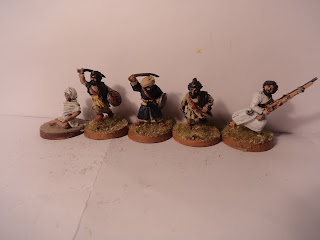 Speaking of impulse purchases, I picked up a box of Wargames Factory plastic skeleton warriors.  Lots of fun bits there, but annoyingly fiddly to work with.  Mostly I plan to build them as warriors with sword or spear and shield, but thought it would be fun to start with some 'fresh' recruits.  Might be able to use these as spawning locations if I ever get around to fantasy gaming again!  There are another 28 skellies yet to build and paint. 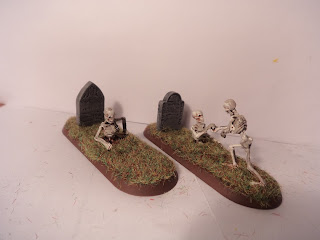 Now here are the ANP.  There are a dozen in the pack, two each of the blokes in this photo.  Second photo shows the whole mob.  I saw more ANP than any other uniformed folks when I was in Kandahar.  These guys were ubiquitous, the ones that are stuck with little checkpoints of 2-3 guys all over town, or scooting around in their dark green Ford Ranger technicals.  They're also the ones who get to pay the butcher's bill when bad things happen (according to Wikipedia, there have been roughly 14,000 ANP killed since 2002, compared to 3,400 for coalition forces).  And since they don't wear camo, they paint up quickly!  Almost every wargaming report for modern Afghanistan that I see features soldiers from a Western country, either OEF or ISAF, battling against Taliban (with the rare Soviets vs mujihadeen engagement).  I decided that if I'm going to wade into ultramodern gaming, I'll start with the local forces. 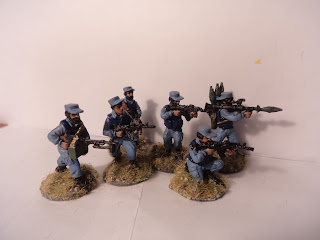 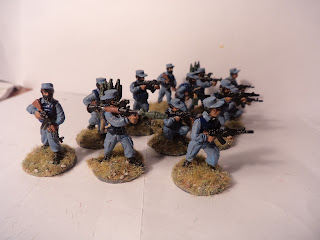 The civilians set includes a few women, including this charming lady.  Burqa is definitely the garment of choice for women out on the town but certainly not the only option. 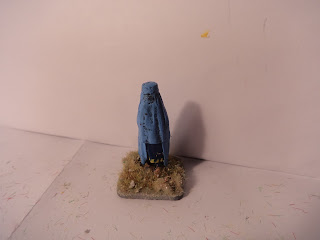 Finally, this is the model that inspired me to make the Eureka purchase in the first place.  This model reminded me of a contractor I worked with at the hospital.  Engineer Ezzat was always impeccably dressed in a white salwar kameez.  He was an excellent contractor, organized and competent.  He wrote the best tenders, and got the job done to the required standard.  I ended up awarding his company three contracts in a row and was worried that I'd be accused of favouritism!  He won the jobs fairly, though, and impressed with successful completion so I wasn't too concerned.

Engineer Ezzat had a few things to teach me about the correct way of building business relations.  I was often on site, inspecting works and keeping up with progress (pretty much daily).  As I mentioned, I wanted to avoid appearances of favouring anyone, so I kept things as professional as I could.  Engineer Ezzat would have none of that!  After I evaded offers of tea and cakes, he took to carefully organizing little ambushes:  "Mr William, I need you to look at this..." as he led me into a room, where tea and cakes would be laid out for a little break.  He trained me pretty quickly, as it turned out.  I had many great chats with him (and sometimes his brother, who co-owned the construction company), over a cup of tea, a slice of melon, or a piece of cake.  He taught me the importance of stopping once in a while to appreciate the moment.  And once properly trained, I made a point of sharing tea with as many different Afghan people as I could, including labourers, the hospital admin and support staff, contractors and others.  I enjoyed it and found that my experience in Kandahar was that much more enhanced. 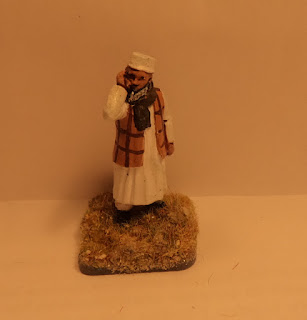 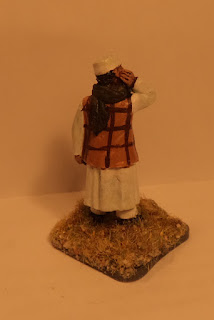 Posted by William Bailie at 20:39 No comments: