I picked up a die cast pickup truck for the ANP.  I like the way the paint job turned out, but I keep seeing things that are wrong with it, like that it is a Chevy Silverado and it should be a Ford Ranger and that it should have a roll bar and grill guard.

Of course is it (probably) 1:43 so somewhat out of scale with the figures, but on the tabletop it doesn't look too bad.  Really stands out in the photo, though!

If I can find a suitable DShK, I'll mount it on the truck sometime - certainly saw a few of those driving around (although at the time I didn't know enough to call them DShK or dushka, just "WTF is that cannon doing on that pickup!?").

Standing next to the truck is the latest figure, could be Taliban, might just be an armed civilian. 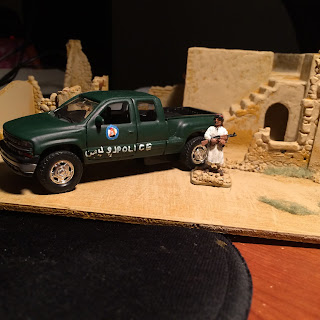 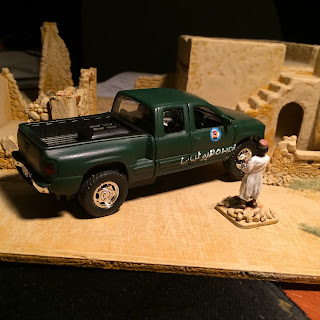 Posted by William Bailie at 22:30 No comments:

The past few months I've been reading up on Afghanistan and (more importantly) building terrain and painting miniatures for Kandahar.

First up, a rock!  Walking on the beach with the family, my wife found this lovely piece of driftwood. A coat of gesso, a lick of paint and voilà, terrain for the game. 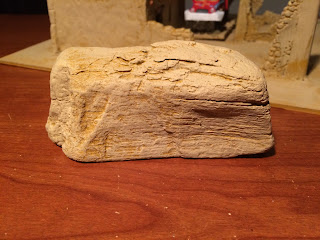 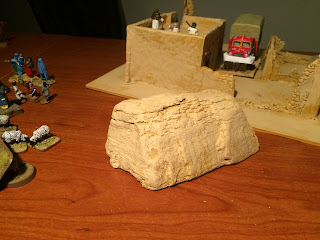 I've also built a couple of compounds.  The first is based on the design from Matakishi's Tea House (http://www.matakishi.com/afghancompoundbuild.htm).  I didn't follow the directions exactly, as I used foamcore rather than cork tiles, and pretty much everything is held together with the handyman's secret weapon (duct tape).  The base is a 12" x 12" plywood square from Michael's.  Then I slathered on a layer of gesso. I smeared white glue over most of the surfaces and coated the walls and ground with sand and model railway ballast to give some texture.  The structure is pretty basic but I like how it turned out. 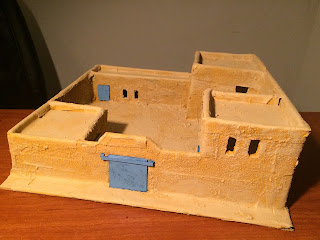 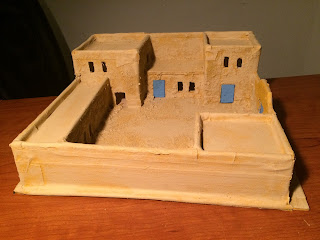 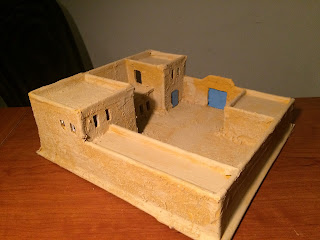 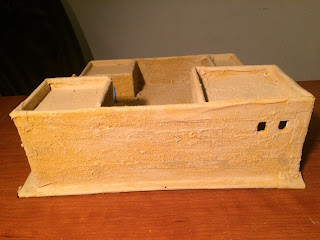 For compound #2 I started with the Renedra Mud Brick house.  By itself, it's a nice little structure, but it needs to be part of a compound.  For me, if I'm going to the trouble of building all the compound walls, it's just about as easy to carry on and build the interior buildings as well.  So rather than do that, I tried to make this as easy as possible by grabbing a few bits from the Warlord Games ruined hamlet.  The hamlet ruins aren't quite right for Afghanistan, but I didn't let that stop me.  I used a bit of masking and mostly decided to depend on the paint job.  The idea here is a ruined complex, with bits of walls and a single building still standing.  At some point I'll build at least one more compound.  I hope! 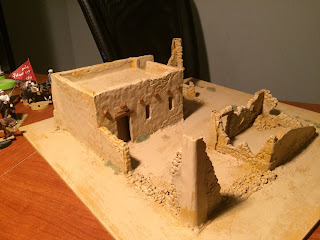 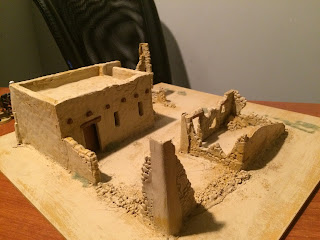 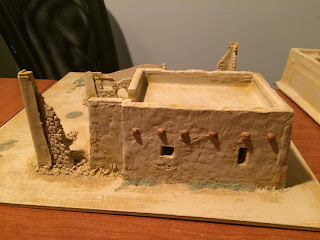 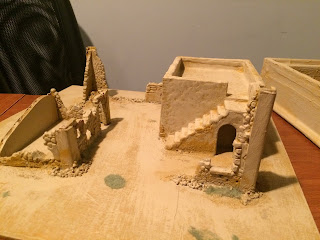 I purchased the Afghan civilians set from Eureka Miniatures USA.  Here they are in their fully painted glory (including the ones featured in an earlier blog post!).  The Eureka figures are lovely but I needed to add some putty to convert the pakul-style caps on two of the figures into turbans, as these are meant to be Pashtuns, not Tajiks.    The turbans ended up pretty bulky but good enough for me. 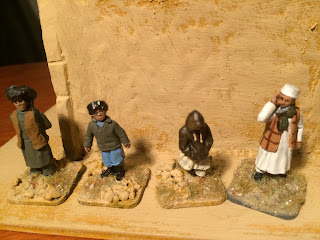 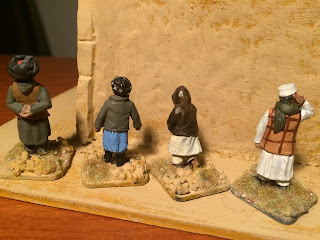 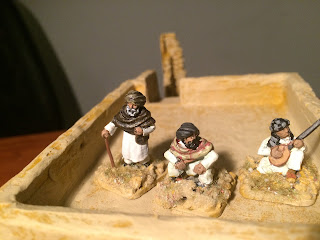 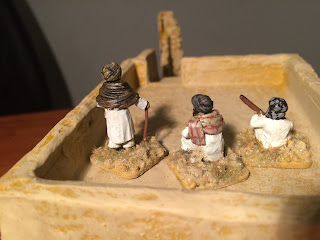 I should have given at least one of the older gents a bright orange beard, as many Afghan greybeards will use copious amounts of henna!  Maybe if I get another set... 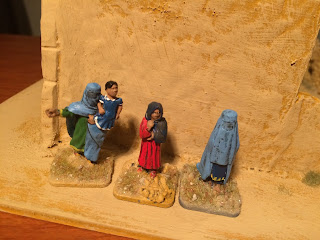 And I also decided to repurpose a set of Warlord Games Celtic civilians.  I added a bit of greenstuff to make the skirts longer and to give the girl a shawl.  I tried to convert the tunic on one of the boys into a shalwar kameez, but it looked a bit rubbish so I left the other one alone and depended on the paint job.  I gave him a bit of a Kandahar-syle pillbox hat, though! 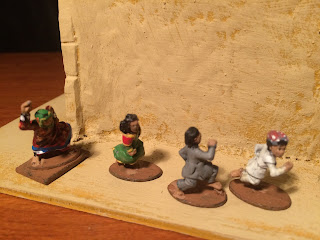 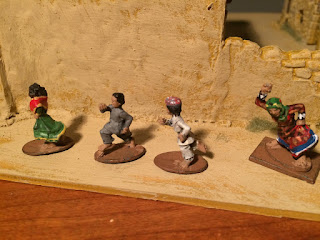 And finally, la pièce de résistance, my jingle truck!  Admittedly, it doesn't look much like any jingle truck on the road in south Asia, but I hope it adds a bit of local colour to the table.  I started with a Warlord Games Bedford OY and again depended mostly on a garish paint job to do the trick.  I also chopped up a small chain necklace, then built up a front bumper from tin foil and putty.  There aren't many WWII-era trucks still on the road in South Asia, at least not that I noticed, but I couldn't find more appropriate, modern era trucks that were readily available.  I'm sure they're out there, but this does the trick for me. 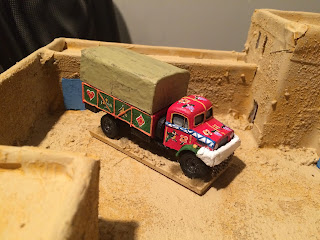 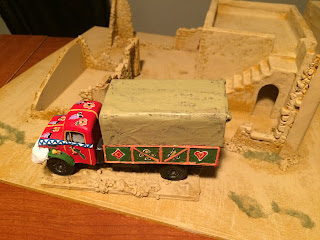 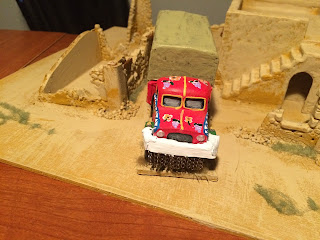 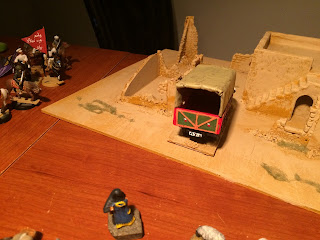 Posted by William Bailie at 23:45 No comments: