I've been on a bit of a painting hiatus - life happened, and so painting had to move to the back burner.  I've been itching to get back to my hobby, however, and with the arrival last week of an order from Bad Squiddo Games (aka Annie the Dice Bag Lady, purveyor of "Believable Female Miniatures").  My order included some Russian WWII female tank crew.

Now, I've recently discovered the Too Fat Lardies' "What A Tanker" game, and have had great fun with it.  Which of course had me looking at my collection to see if I have anything suitable for gaming.  Well, as it happens, I do!  About a year ago, I painted up a couple of plastic 1:56 tanks, including a T-34/85 (make that about two years ago!).  When I built the model, I decided for simplicity's sake to have closed hatches.

Now, in WAT, a tank can be "buttoned" or "unbuttoned", indicating whether the tank commander (TC) has his head inside or outside the tank, and this has implications for how easy it is to spot other (enemy) tanks, but also on how vulnerable the tank (or more specifically the TC) is to taking damage from enemy fire.  It's easy enough to keep track of buttoned vs unbuttoned on the tank's dashboard, but it looks much better if there is a TC model that can be revealed or hidden to make the status obvious on the table.

So I placed an order with Bad Squiddo for the tank crews. I was inspired by the story of Mariya Oktyabrskaya, a heroine of the Soviet Union, see Wikipedia for the full story. Basically, when her husband was killed while serving in the Red Army, she was devastated and swore vengeance on the Nazis.  She donated her house to the war effort and sold all her possessions to fund a T-34 tank, and in return was assigned as its driver.

Mariya named her tank Боевая подруга.  Wikipedia and other articles I found indicate that this translates as "fighting girlfriend", but my wife says the translation is not exact, and the words are more like "warrior" and "spouse".  So in my mind, the tank's name is "War Bride".

I'm taking a few liberties with my depiction of Mariya.  She was a driver and a mechanic, not the TC per se, but in my mind it looks better that she be the boss.  Also, while the accounts I've found only indicate that she drove a T-34 without stating which model, it's most likely she was in a T-34/76, but since the tank I have has the bigger 85 mm cannon, that's what she's driving! 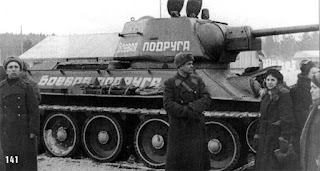 Here's a couple of photos 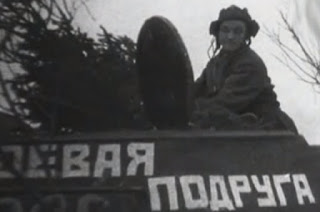 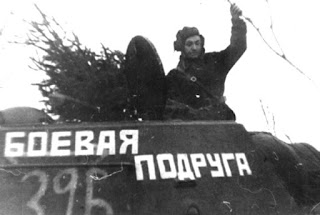 And here's my version: 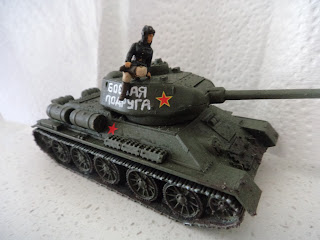 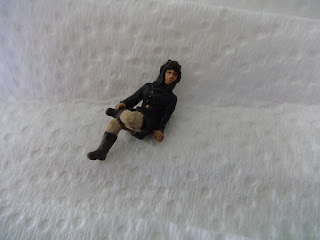 I've ruined her shape a bit with a magnet glued to her bum. 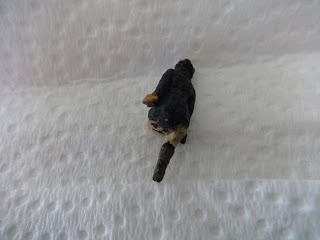 And another inside the turret! 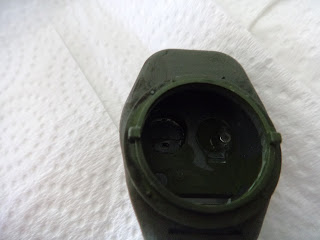 But it gives her a somewhat better seat! 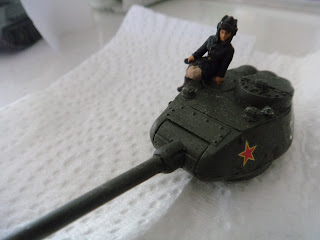 Posted by William Bailie at 21:48 No comments: