I've just received my bonus for supporting Bob Murch in his Movember campaign, this wonderful figure of Pasha Moustacha Ali.  The figure arrived on Thursday (along with another figure).  So of course I dropped everything else and painted him up straight away: 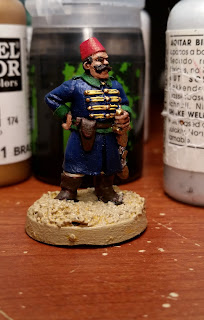 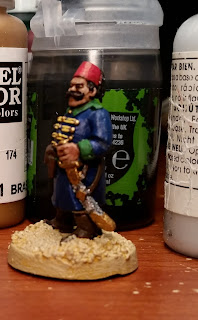 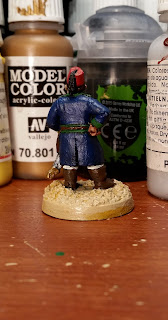 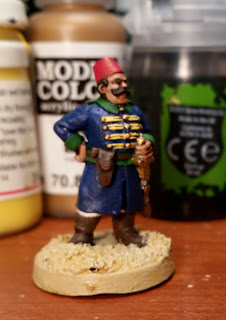 Posted by William Bailie at 23:22 No comments:

Following on my recent post, I have completed the next 10 Afghan soldiers, just in time for tomorrow's second attempt at TMWWBK at the Trumpeter Bonsor Game Night.  These have similar uniforms but with black facings rather than yellow.  I have no evidence that there was any Afghan regiment with black facings, but other than a reference to yellow facings on the Maiwand Day blog, I don't know anything of how Afghan regulars were organised, so I am happy to have the black-trimmed regiment join the yellow-trimmed one!

As before, I've tried to show these troops with a mix of colours for trousers, a few shades of red for the coats and a mix of headgear. 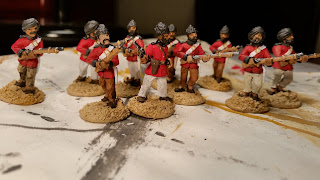 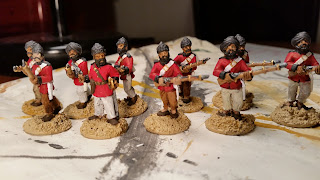 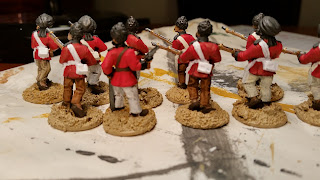 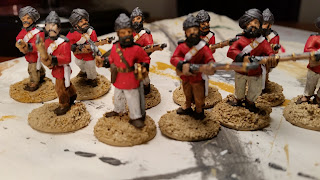 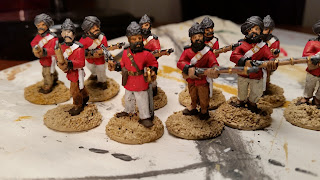 Posted by William Bailie at 21:11 No comments: