Here's a Copplestone Caucasian Cossack test paint job, and a handy place to hold my entry for the LAF BoB painting club!  I was pretty sure I wouldn't join in this painting club but as it's still going on and I've just painted this fellow, I'm going to join in.

Of course, my intention is to add him and his soon-to-be finished sotnia of Cossacks in my 1880-ish Russian Great Game field force for TMWWBK.  I'll do another post soon to update on that army. 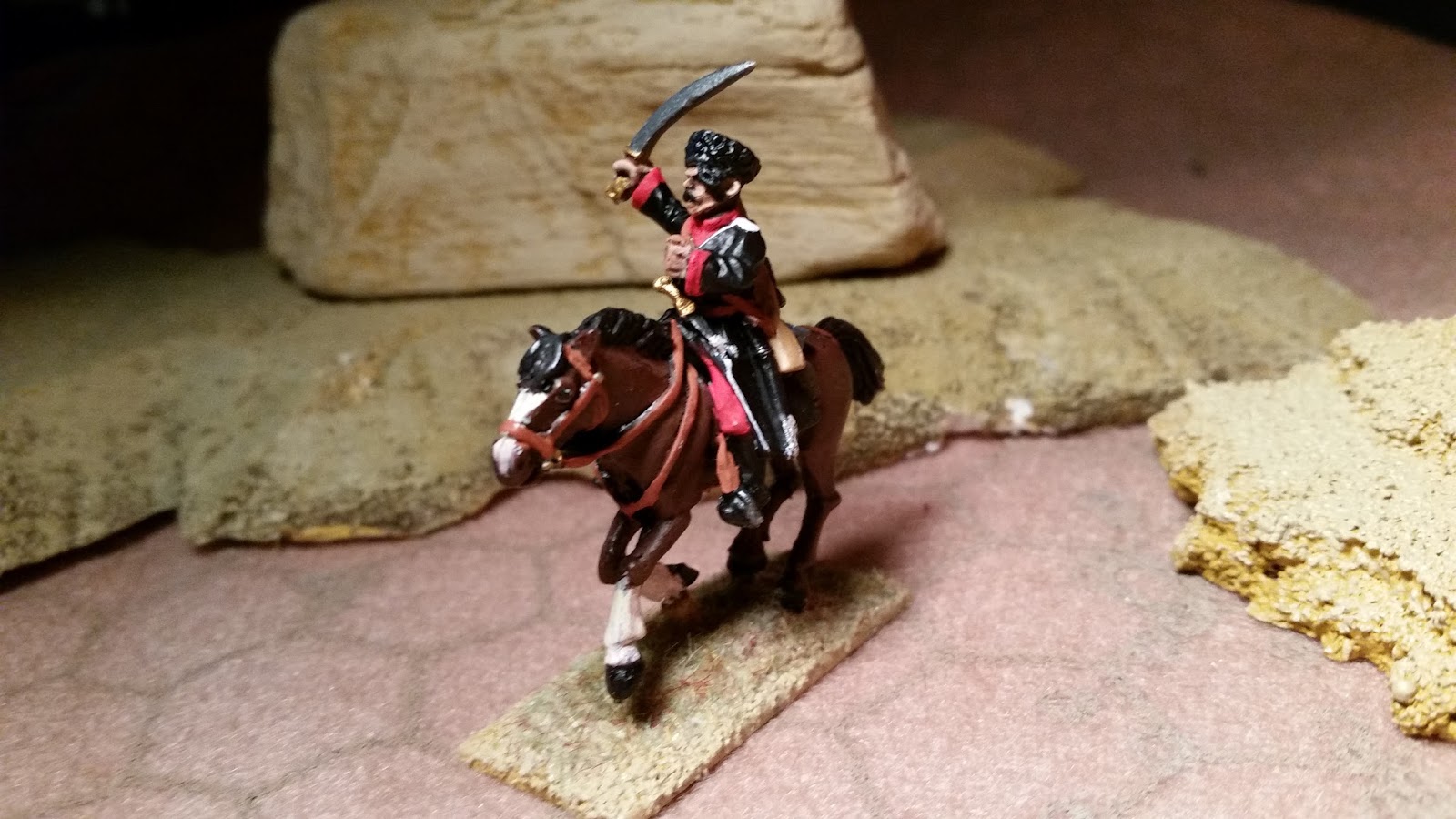 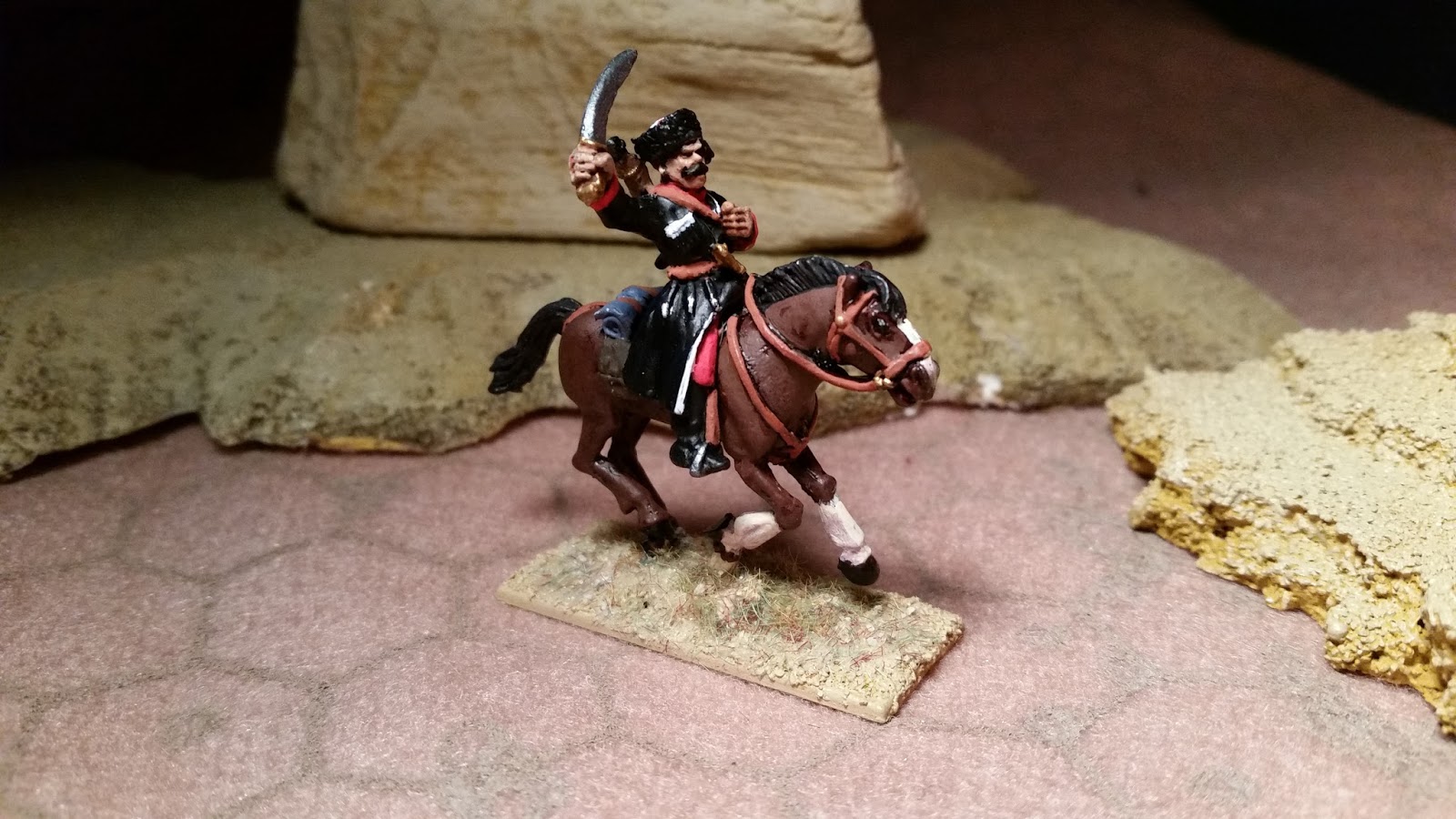 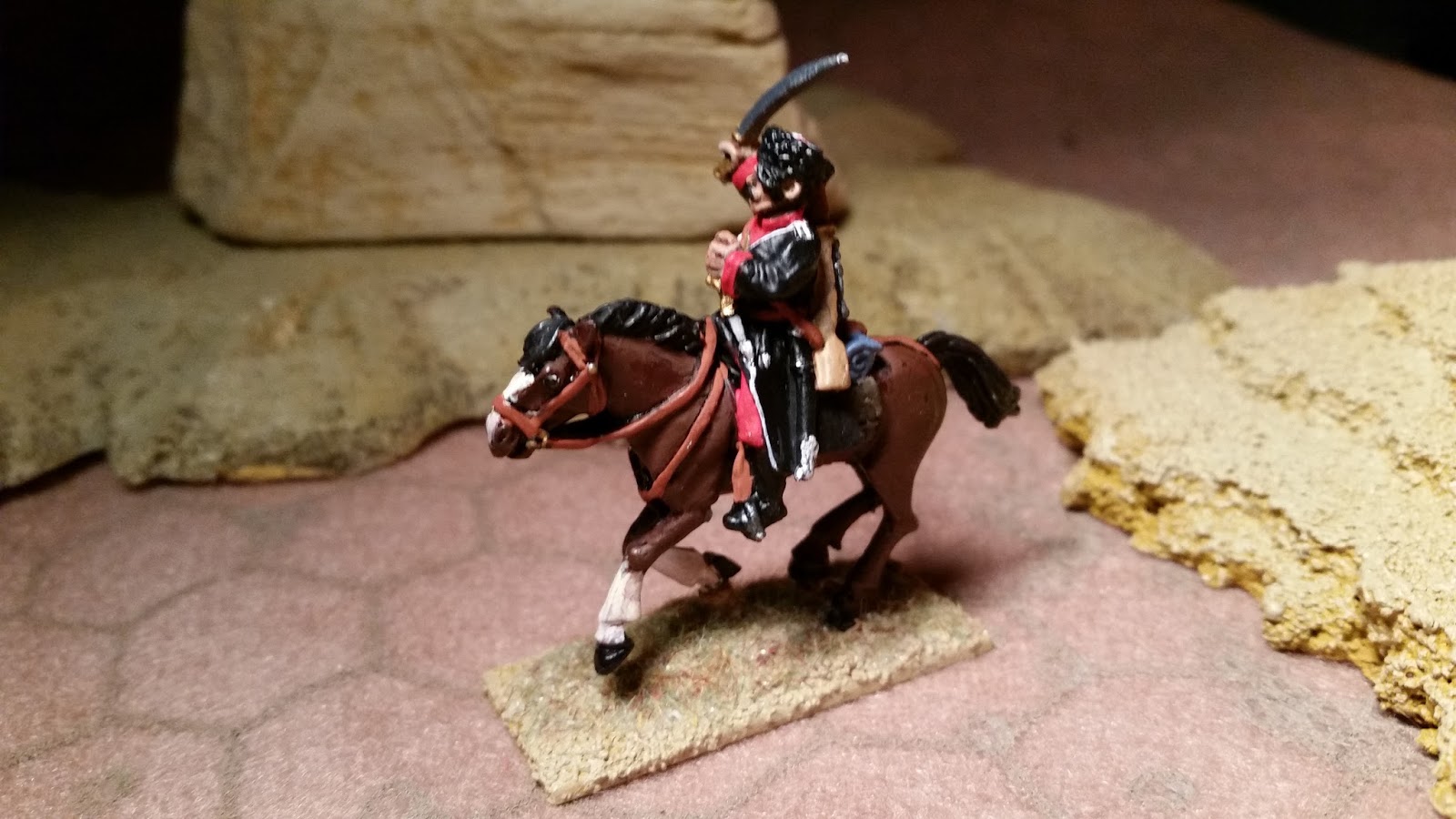 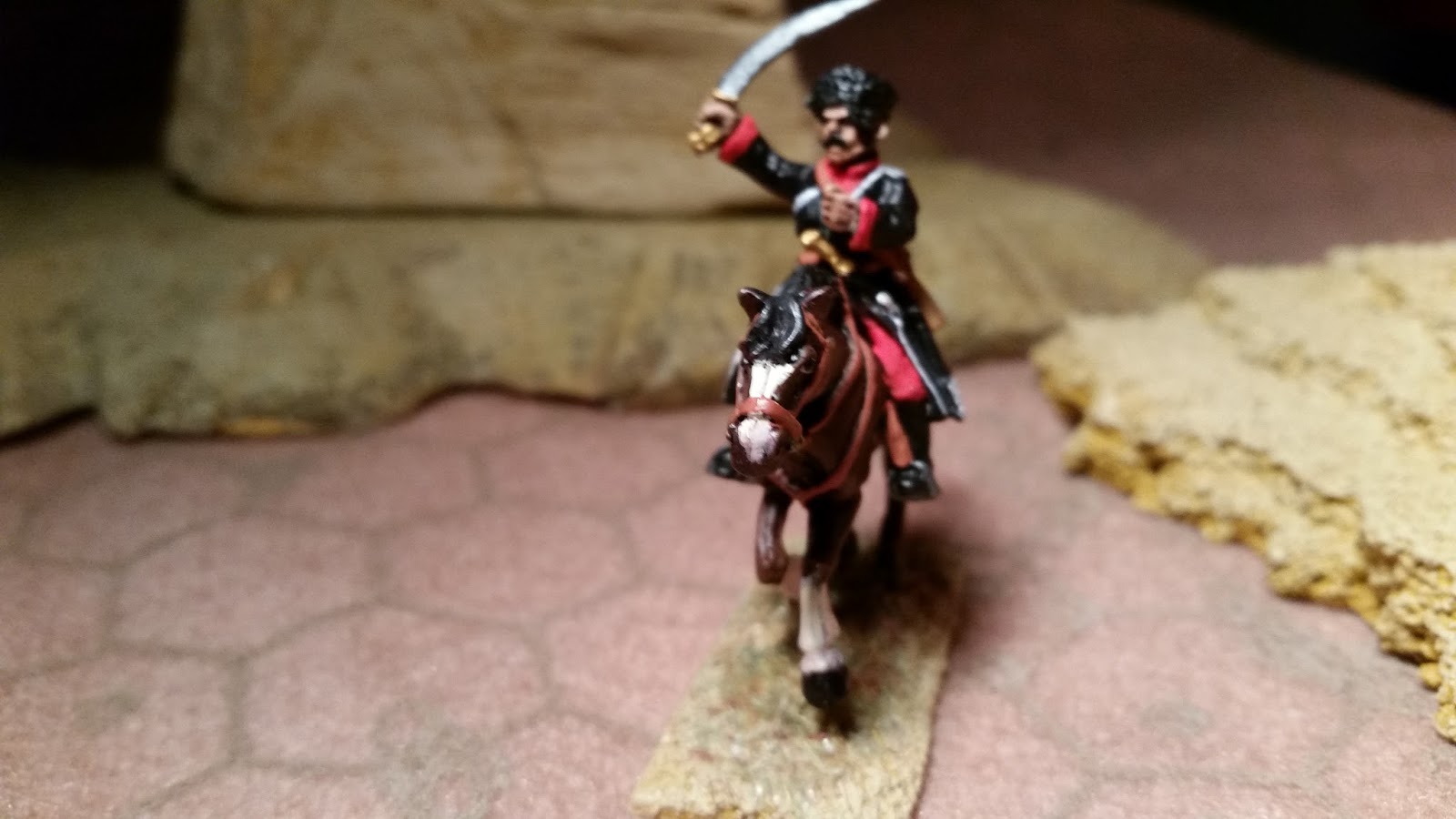 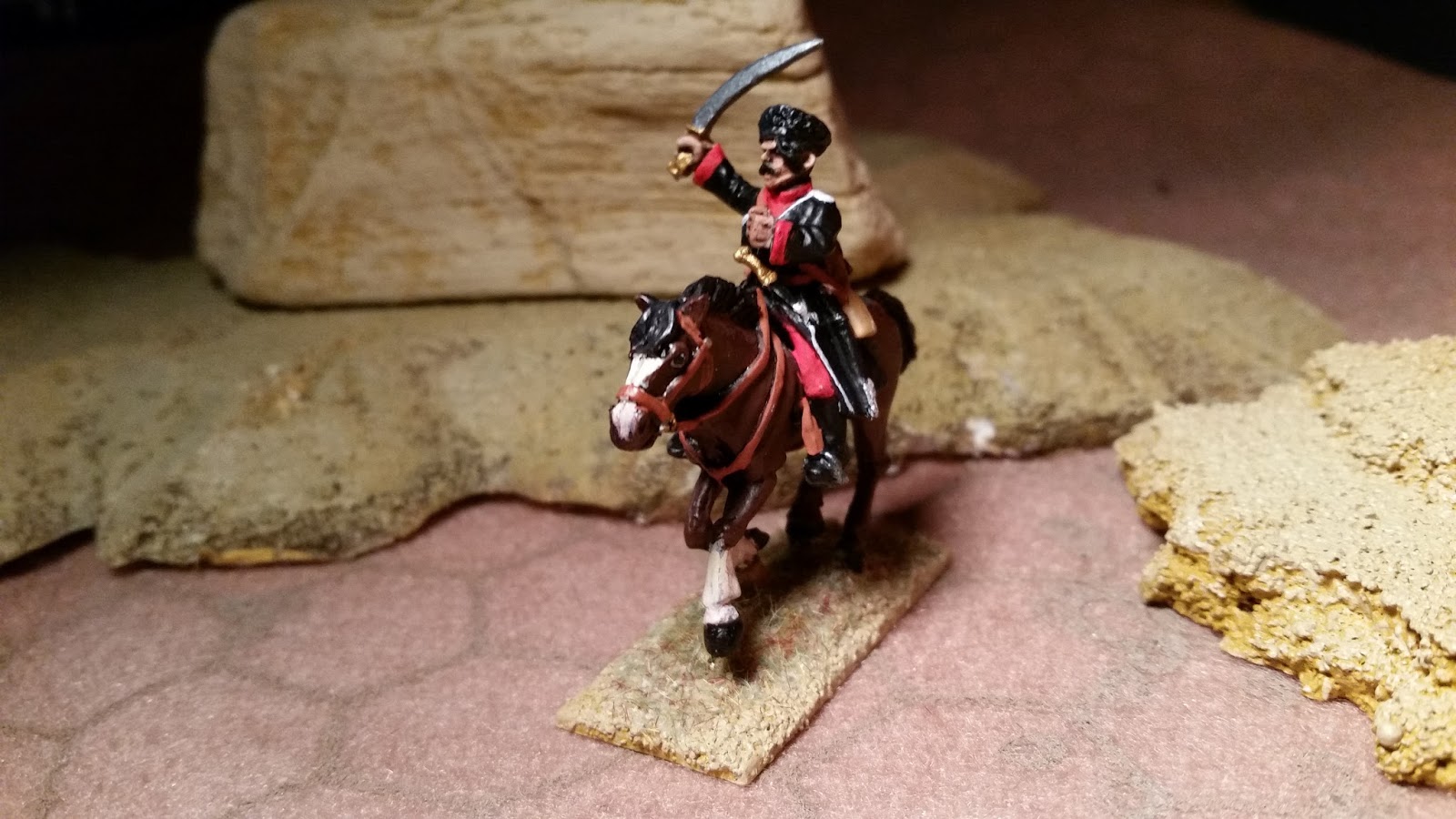 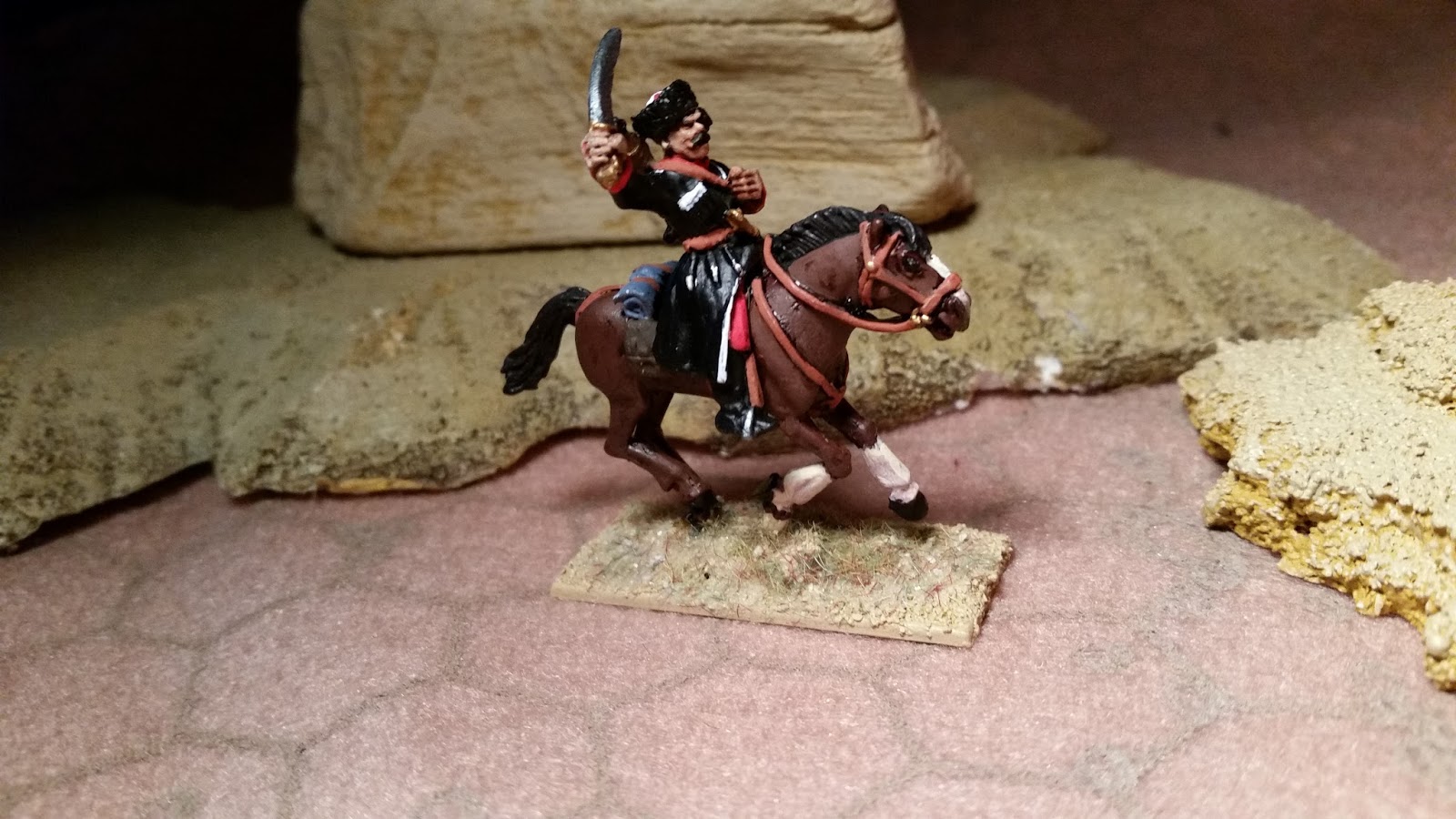 Posted by William Bailie at 10:47 No comments:

I've been trying to restrict purchases a bit, at least as far as I am able.  Turns out that isn't very far at all!  I'd been good for a while, but then this week three different orders all arrived.

First in were these ISAF Canadians from a brand new company, Full Battle Rattle Miniatures.  Lovely sculpts, very well proportioned, clean castings.  I assume the equipment is correct (I'm no expert) - I certainly see no flaws. 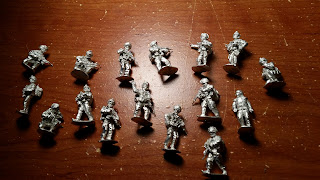 I preordered these back in July, as soon as the company advertised.

Another pre-ordered item was the latest Osprey wargame book, the Men Who Would be Kings, which arrived today.  Looking forward to reading this weekend! 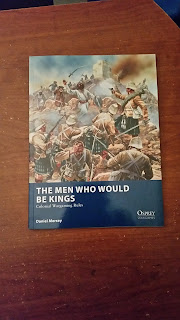 And finally, as I lost patience waiting for these two pre-orders to arrive, I finally broke down and got some lead for my 1880-ish North West Frontier/Central Asia.  Firstly, I ordered some Copplestone Castings Caucasian Cossacks.  My Russian infantry needs cavalry backup.  I looked for a while to find something that was specifically late nineteenth century, but eventually decided that these post-WWI figures are likely to be indistinguishable from their colleagues of 40-ish years earlier. 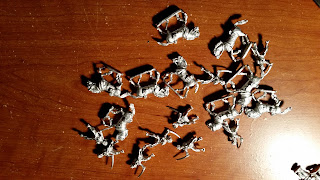 I ordered these from Imperial Hobbies in Richmond,BC, after I read that North Star had made a deal to distribute Copplestone Castings.  As I was throwing money around, I decided I also needed some Afghan Regulars, and ordered the Artizan Designs versions.  I'd been desiring these ever since I first saw them, and as I've wanted to replace the Wargames Foundry ones that went missing in a move several years ago. 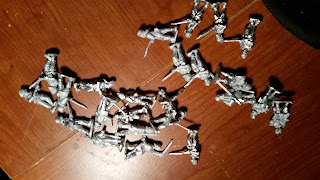 Posted by William Bailie at 00:05 No comments: