It's been close to a year since the rather amazing English actor, Christopher Lee died.  He had a busy life before getting into acting, with time spent enigmatically during the Second World War as an intelligence officer and possibly in the Special Operations Executive as well (although he declined to discuss his role there - it could have been quite mundane, but he seemed to enjoy hinting at "things of which one must not speak").

He is of course best known for his acting roles.  He was quite involved with Hammer Film Studios, where he was well known for playing Count Dracula and other villainous characters.  He was acting almost to his death, with a resurgence of popularity in the 2000s with high-profile roles such as Saruman in the Peter Jackson Lord of the Rings trilogy, Sith lord Count Dooku in the Star Wars prequels and Flay in the Ghormengast mini-series.

However for me there are three roles from the 1970s that define Christopher Lee:  the Bond villain Scaramanga in The Man with the Golden Gun, Lord Summerisle in The Wicker Man and the subject here, le comte de Rochefort in the Richard Lester films The Three Musketeers  and The Four Musketeers.   I'd been meaning to get a copy of this model for many years, and with my most recent order from Eureka Miniatures I have finally done so.  Lee's role in the film was fantastic, his interplay with both d'Artagnan and the Cardinal was fantastic.  He was (I believe) the first actor to play Rochefort with an eye patch, but since Lee's villain was so great, the eyepatch has become almost de riguer for the character ever since. 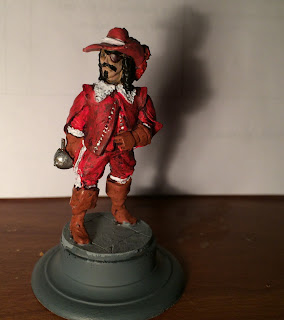 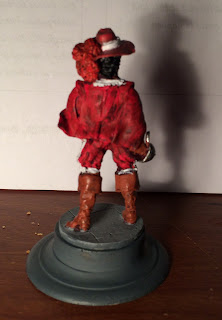 Unfortunately the sword broke in transit and I've not figured out a replacement yet!

I'm aware of several other miniature versions of Christopher Lee.  There were several versions of his Saruman character done for the Games Workshop LotR Strategy Battle Game (I even had a couple of them in the ancient past, but they went to Ebay just before my move to NZ - still kicking myself for that decision).  Shortly after his passing, Warlord Games made a WWII version of Flying Officer Christopher Lee as well.  I'm sure there are many other characters as well - no doubt several vampire models are inspired by his take on Count Dracula!
Posted by William Bailie at 22:07 No comments:

As I mentioned in my last post, Nic Robson from Eureka Miniatures dropped a free sample into my last order, this Argyll and Sutherland Highlander from the 1967 British action in Aden (aka Yemen), just before that country gained its independence from British rule.   The campaign has been lurking around the edge of my consciousness for a number of years, as it is arguably the last time that a Highland regiment went into action to the sound of its pipes and drums.

The CO of the A&SH, LtCol "Mad Mitch" Mitchell was tasked with retaking a district of Aden City known as The Crater.  The story goes that he formed up the regiment and marched them straight into the Crater with the P&D leading the way.  Mad Mitch had things organized so that when the P&D switched from the regimental march to the regimental charge, the Jocks would break formation and take down any suspicious characters.  The regiment managed to occupy the Crater with no casualties.

I might be interested in getting a full set of these folks if Eureka manages to produce a piper for the command set (which I've hinted to Nic, so let's see...).  This Jock is lucky enough to carry the next best thing, the lovely GPMG!  Getting the dicing on the glengarry at this scale is not much fun. 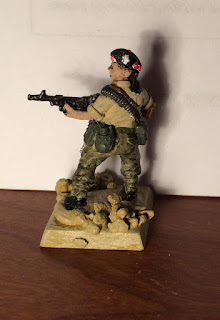 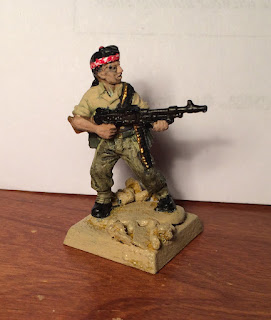 Posted by William Bailie at 21:23 No comments:

With impeccable good timing, Nic Robson saw to it that my latest shipment of toys from Eureka should arrive just a couple of days after I finished the last of the modern Afghan stuff (the rocket launcher, of course).  So this weekend I get to clean and assemble and prime for painting these latest goodies!

I and been ordering from Eureka Miniatures USA up until now.  However in recent months the Canadian dollar has taken a nose dive compared with the US$, effectively adding 25% to 30% to my cost to order miniatures.  Fortunately, CAD$ and Australian $ have stayed very close to par with each other, which means that the slightly higher cost of shipping from Oz is offset by not paying a penalty on the exchange!!


Here is the haul: 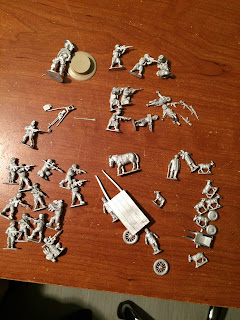 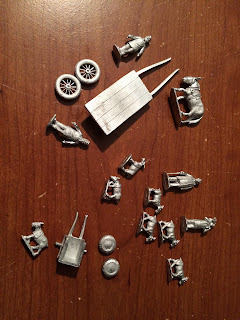 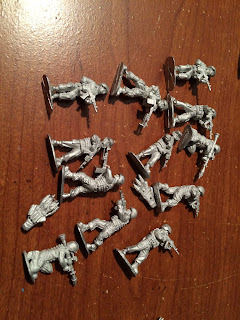 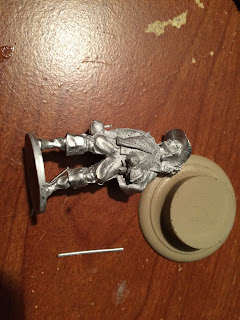 Nic even dropped in this lovely gentleman, as if to tempt me to move on to the Barren Rocks of Aden where Mad Mitch's Argyll & Sutherland Highlanders were involved in some of the last colonial actions in the British Empire! 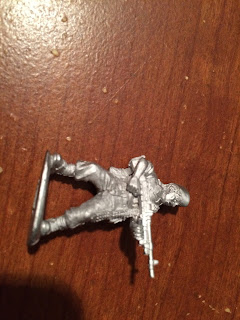 Posted by William Bailie at 00:39 No comments:

If I had a rocket launcher...

Probably not quite what Bruce was singing about here...
https://www.youtube.com/watch?v=O9HFjErMMlA

One last piece finished.  I saved this one, set it aside even, as it is both a somewhat more complex model as well as one I'm not going to have much use for in my games.  I planning on playing close range skirmish games, so chances are the minimum range for this ex-Soviet (or possibly Chinese) rocket launcher will be bigger than the board!  Still, it might be a good objective (stop the insurgents from rocketing whatever target they've selected).

The model is from Eureka Miniatures, and comes with lots of lovely extras, like three ammunition cases, a couple of Kalishnikov rifles and some spare rockets.  I had some random thoughts of using the extra bits for other models, but then decided to use everything on a single base. 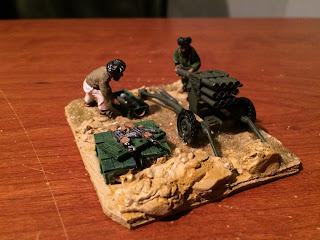 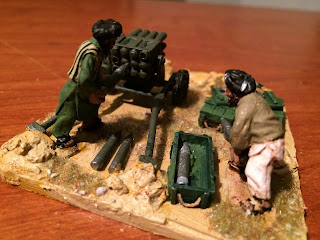 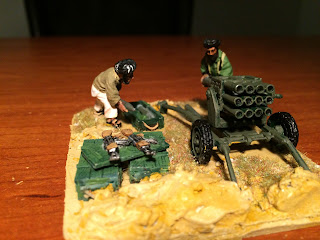 Posted by William Bailie at 21:19 No comments: