This shot shows all 24 figures formed up.  I've not decided on the flag yet:  I had hoped that I could use the tri-colour white-blue-red national flag, but unfortunately my research (with an assist from my beautiful wife) showed that the three-colour flag was only used for merchant ships in this era.  So now I get to choose a regimental colour for these chaps.  Ellis was able to find a much better selection of images for the regimental flags than I'd found on my own, so I'll be working on getting that flag done sometime soon. 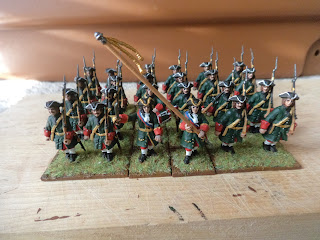 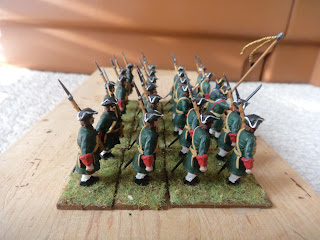 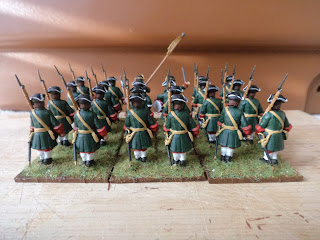 I have organised these troops for playing with Pikeman's Lament.  They will be classified as 'shot', which means units of 12.  Here are a couple of shots showing them as two units.  They are equipped with bayonets which allows them to benefit from the 'close order' rule. 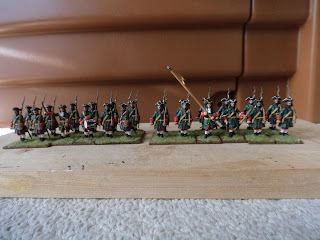 Pikeman's Lament has casualty removal, so I've put them on a combination of single bases and group bases.  Command figures (four of them) are individually based, so that the officer, ensign or whoever, can be either kept in the game (last man standing) or taken out early if their opponent get a lucky shot. 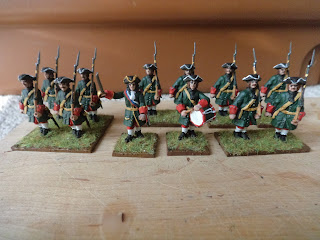 The figure with the spontoon is supposed to be a sergeant.  He should have a halberd, but I didn't have one. 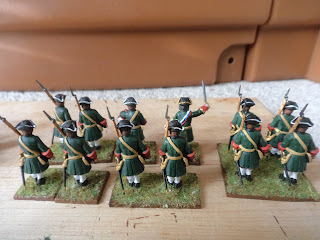 The troops are in a combination of one base of 4, two bases of 2 and two single-based troops, plus the 2 command.  Hopefully this will give me the flexibility to take of single or multiple casualties but have fewer bases to make it easier to move them around the table. 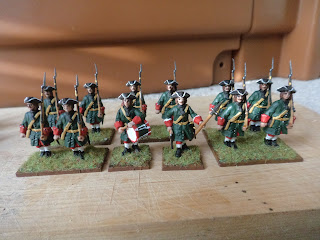 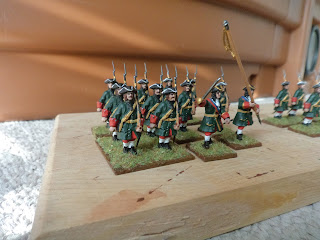 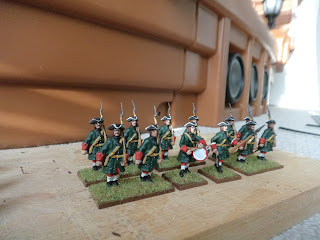 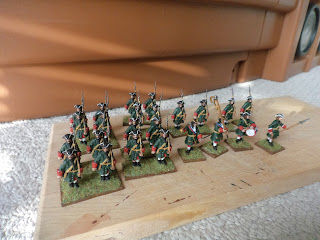 Posted by William Bailie at 09:44 No comments: