I've taken a slight detour from the Yukon project, but am still painting Pulp Figures.  These are cowboys, which Bob Murch refers to as vaqueros americanos.  Fun to paint, full of character. 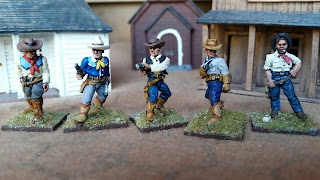 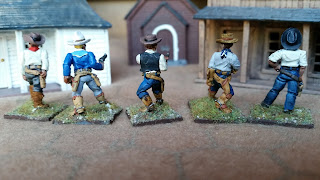 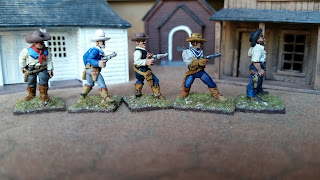 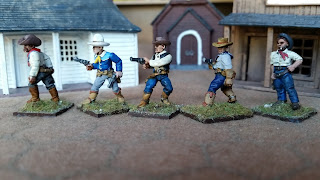 I've also painted up a couple of the Sons of the Empire.  I think that these two could possibly end up in northern Canada! 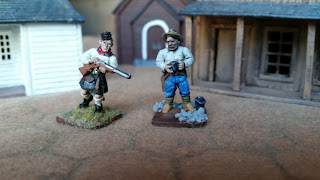 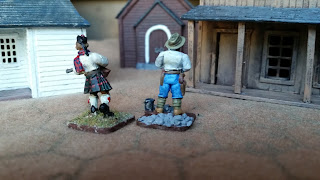 I've also found another inspirational show to watch:  Due South.  I'm amused by some of the deliberate anachronisms that are included in the show.  Constable Fraser spends quite a bit of time wearing Patrol Dress (with a brown uniform tunic); I think this order of dress was removed from service sometime in the 1960's. The RCMP vehicles are the old style with blue bodies and white doors (current vehicles are all white).  I've only watched the pilot so far, and I know the show was filmed in the 1990's, so I might be mistaken on that last one, since I don't remember when they switched to the newer vehicles.

https://www.youtube.com/watch?v=RhEbAGGpl1E&list=PLgPVREXN-WNO3KYVvabMQMHNsedsxfavy
Posted by William Bailie at 16:00