November 8th is National Aboriginal Veterans' Day here in Canada, so I'd like to take this opportunity to remember Tommy Prince, one of Canada's most decorated First Nations soldiers. 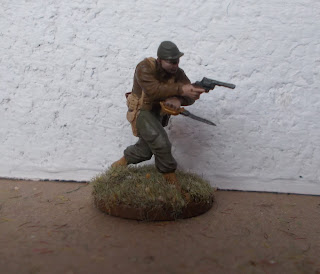 This model is from Stoessi's Heroes.  I'm very pleased that Stoessi chose to recognise this extraordinary warrior in his collection, and I am thrilled to have this model in my collection.  You can read Stoessi's blog entry on Sgt Prince here.  The model shows Sgt Prince in moccasins, stealthily hunting Germans. 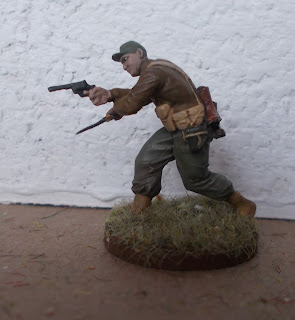 I apologise for the poor quality of the photos.  I try to use natural light, but with the days so much shorter now we are into November, it's harder to get good lighting, especially as I'm off to work for most of the daylight hours.  Update 2019-11-09 better photos added! 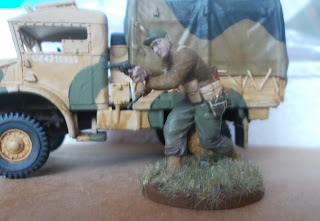 Tommy Prince was a member of the Ojibway nation, from Manitoba.  He joined the Royal Canadian Engineers in June 1940 as a sapper, but soon transferred to what would become the First Special Service Force.  I'd love to write more about Tommy, but I can't add anything to what is more eloquently described elsewhere, such as here, here or here, or in this Heritage Minute here:

Despite being one of Canada's most decorated soldiers, Tommy Prince ended up homeless, suffering from alcoholism and most likely PTSD.  Tommy Prince's story reminds me of Kipling's aptly-named "Tommy":

You talk o' better food for us, an' schools, an' fires, an' all;
We'll wait for extry rations if you treat us rational.
The Widow's Uniform is not the soldier-mans's disgrace.
Don't mess about the cook-room slops but prove it to our face.

For it's Tommy this, an' Tommy that, an' "Chuck him out, the brute!"
But it's "Saviour of 'is country" when the guns begin to shoot;
An' it'sTommy this, an' Tommy that, an' anything you please;
An' Tommy ain't no bloomin' fool -- you bet that Tommy sees!
In the years since Kipling wrote about Tommy Atkins, the services provided for most veterans of both the British and Canadian Armies have improved immensely.  However, Canada's and Canadians' treatment of aboriginal veterans and First Nations people in general still has a long way to go to properly honour these brave warriors who served so nobly. 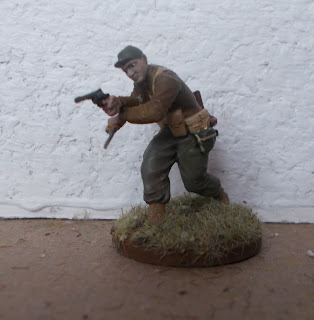 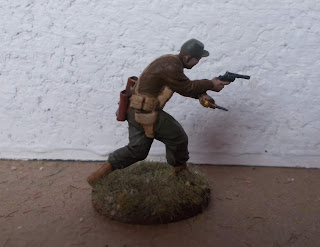 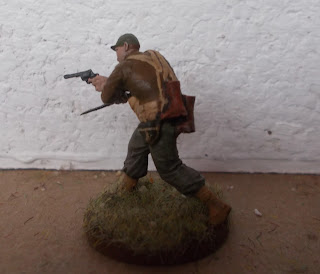