SOE Agents and a Dangerous Dame

Here are three Special Operations Executive (aka SOE) agents from Bad Squiddo, and one of Pulp Figures' Dangerous Dames (added just so I can link the Bad Squiddo agents to the Dangerous Dames!).  And it was a great pleasure to paint something other than khaki for a change 8^) 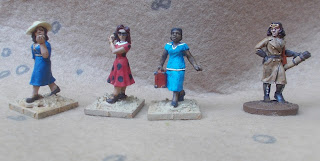 The SOE was a spy organization in the Second World War that undertook espionage and support for resistance against the Axis powers.  Its nickname was the "Ministry of Ungentlemanly Warfare".  I purchased these figures with the idea that they could blend in with my Sicilian civilians - as good spies are able to disappear in plain sight.

The first agent is based on Nancy Wake, a New Zealander of Pakeha and Maori ancestry.  Nicknamed the "White Mouse", she liaised with the Maquis and other French resistance.  Blowing a kiss, she might flirt with the Germans, but watch for what she has behind her back! 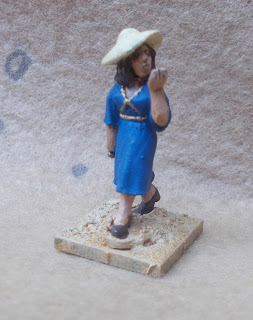 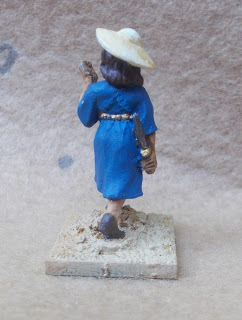 The second agent is Noor Inayat Khan, an actual princess, a descendant of Tipu Sultan.  Noor was a radio operator, which she has hidden in her suitcase. 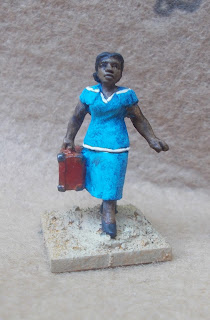 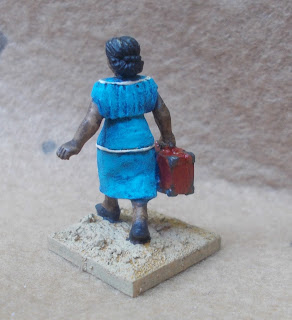 Noor is one of the three main figures in a recent film that I watched on Netflix called, "A Call to Spy".
The final SOE agent is a fictitious agent based on Annie Norman, the founder, owner and chief bottle washer of Bad Squiddo!  I hope I got the hair right ;) 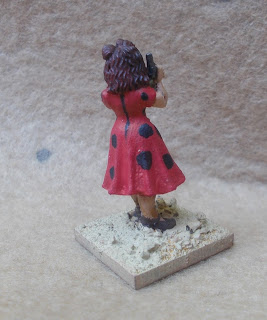 The final member of the group is a member of the Museum of Natural History Ladies Exploration Society.  With map case in hand and goggles on her, she is ready to travel.  Has she just stepped out of the open cockpit of a Tiger Moth, or was riding in Crash Callahan's side car? 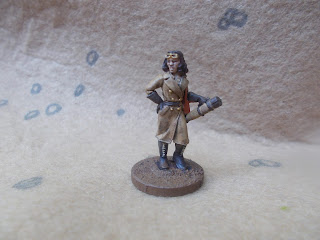 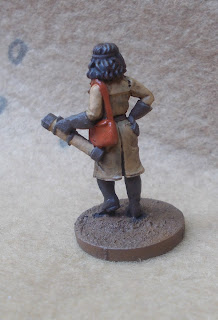