Battle on the slopes of Erebor

Finally, after more months of shutdown than I can count, Trumpeter Gaming is back!  Of course, I missed the October game night, but on November 4th, I was able to take Arthur to his first wargaming night.  And much excitement was had by all!
With cooperation from Craig, who provided the dwarves, and from Gord, who although unable to attend himself, lent a small force of elves (also some eagles, who didn't make it on to the table), we set up a Dragon Rampant game.  I was happy to pull my BSC2021 boards out of storage, where they were re-purposed as the slopes of Erebor (also known as 'The Lonely Mountain').  Here, we find a small group of 13 dwarves have barricaded themselves behind makeshift walls to resist the encroachment of some elves of Mirkwood, and men of the Long Lake.
The men and elves attempt to parley with the leader of the dwarves, but he tells them (quite rudely) to be gone.  Just as the armies on both sides get ready to rumble, the Grey Wizard appears in their midst, and warns the men, elves and dwarves of the approaching army of orcs and goblins. 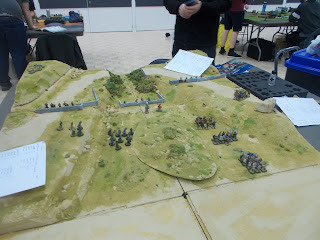 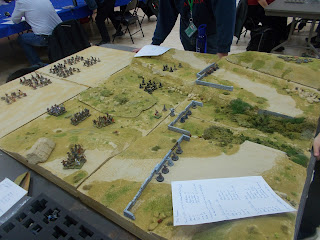 Mobs of approaching orcs and goblins. 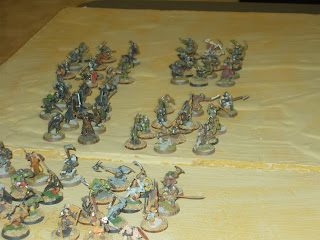 The Lakemen turn to face the orcs. 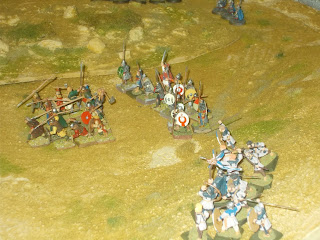 And so do the elves. 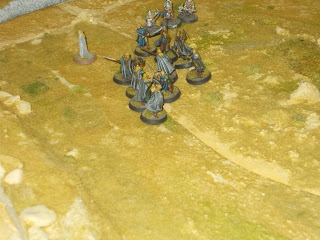 The first waves of orcs rush forward to break against the Lakemen shieldwall. 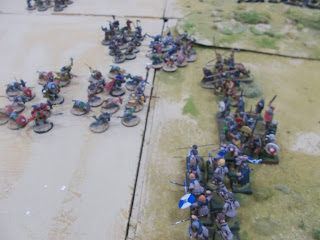 Laketown archers keep up a steady rain of arrows on their foes. 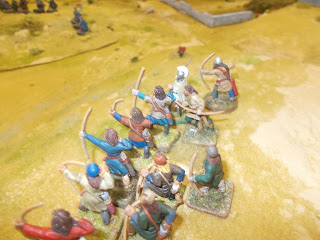 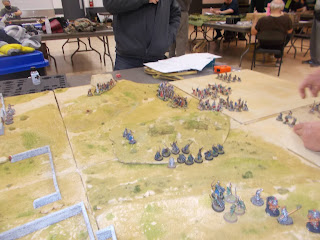 Arthur took to gaming like a fish to water!  Here he is getting some tactical advice from his ally, Doug. 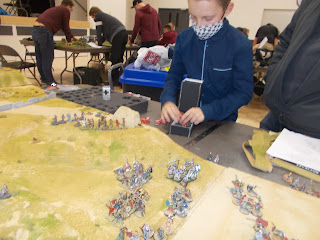 On the right flank, the elves take advantage of the rough terrain to break up the orc advance. 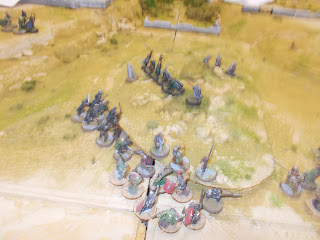 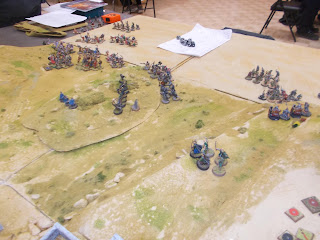 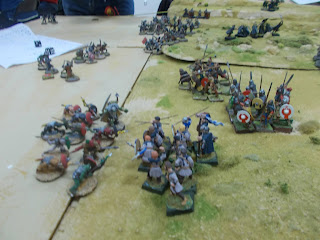 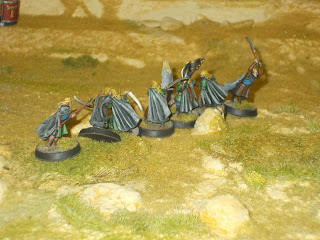 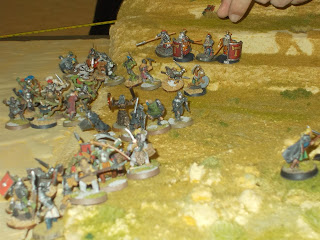 The wizard and the hobbit decide that the safest place to observe the battle is from a hilltop far to the back! 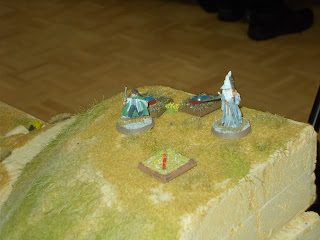 Dwarves and elves cooperate to push back the orcs and goblins. 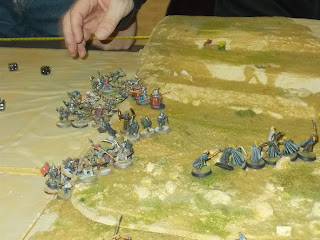 On the right, the lakemen stop the enemy's advance. 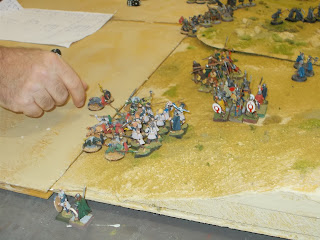 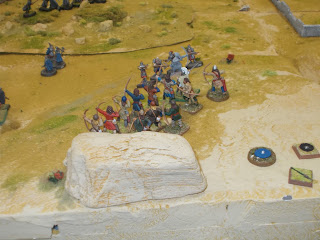 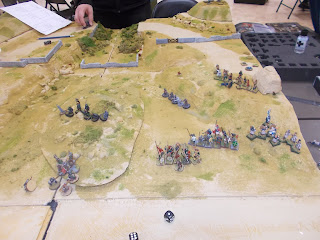 I kept the scenario deliberately simple, as my main goal was to introduce Arthur to the rules and concepts, and also to ensure that we finished up the game in good time!  As the forces of good readily repulsed the baddies, there was no need for the eagles to show up as a deus ex machina.  It was a good, fast and fun game, and now Arthur is a new gamer, eagerly waiting the next outing!  The scenario was inspired by the book Arthur and I recently finished reading together.
Miniatures came from a variety of sources.  There was a good selection of Games Workshop Lord of the Rings figures, but also many from other sources.  The Lakemen were made up of a mix of various Dark Ages figures, including Late Romans from Foundry and Old Glory, Saxons from Eureka and Gripping Beast, El Cid-era Spanish from Crusader, and more. I hope Craig will jump into the comments with the pedigree of the dwarves!
Posted by William Bailie at 21:39