My 1870 project is officially underway!  Here are the first Royal Marines Light Infantry, who are intended to be part of the garrison stationed on San Juan Island during the Pig War.  In our world, of course, the Pig War was settled peacefully when the international arbiter, Kaiser Wilhelm I, ruled that the San Juan Islands should be part of the United States and not British Columbia.  His ruling was completely unbiased and fair, and in no way reflected Germany's interest in courting the up and coming USA or in slighting Germany's rival, the United Kingdom.  It was also consistent with the tradition that whenever a disputed segment of the Canada-US border is taken to arbitration, the decision will be in the favour of the US.  Not that I'm bitter or anything.

But that's all beside the point.  For the duration of the Pig War, the US Army and the Royal Navy maintained garrisons on San Juan Island with strict instructions not to start any stupid war.  Both sides behaved admirably, and the soldiers and marines found that they were better off competing at sports and attending each others' parties than in shooting at each other.  In my alternate history, however, this is one of the potential flash points in a world where a reduced USA (after the secession of the CSA) is at loggerheads with the UK.

Alternately, these could be used for the 1870 Red River Expedition or to face Fenian Raids, depending on how their competing forces develop!

The figures are from Perry Miniatures new British Intervention Force.

First off, here is the corporal: 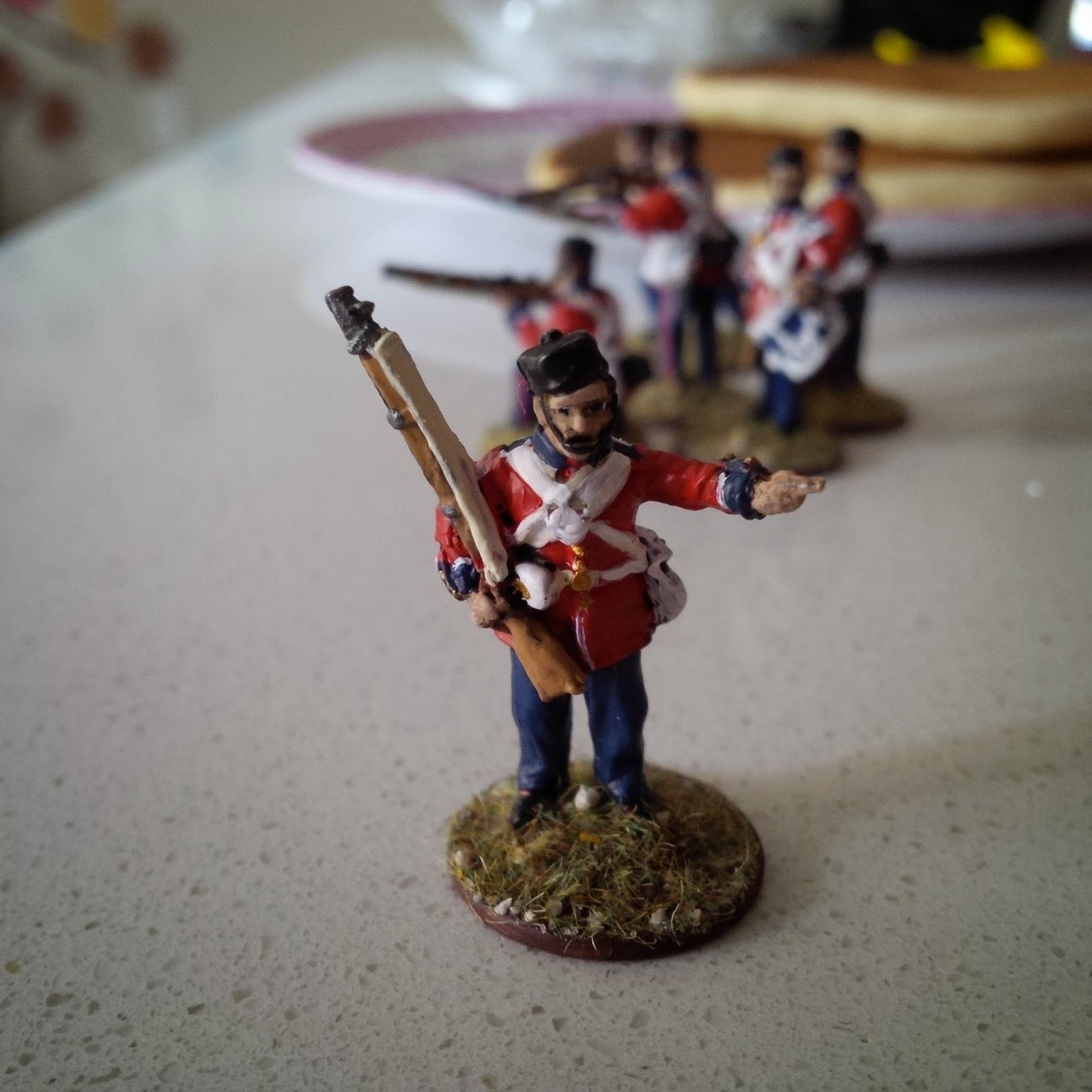 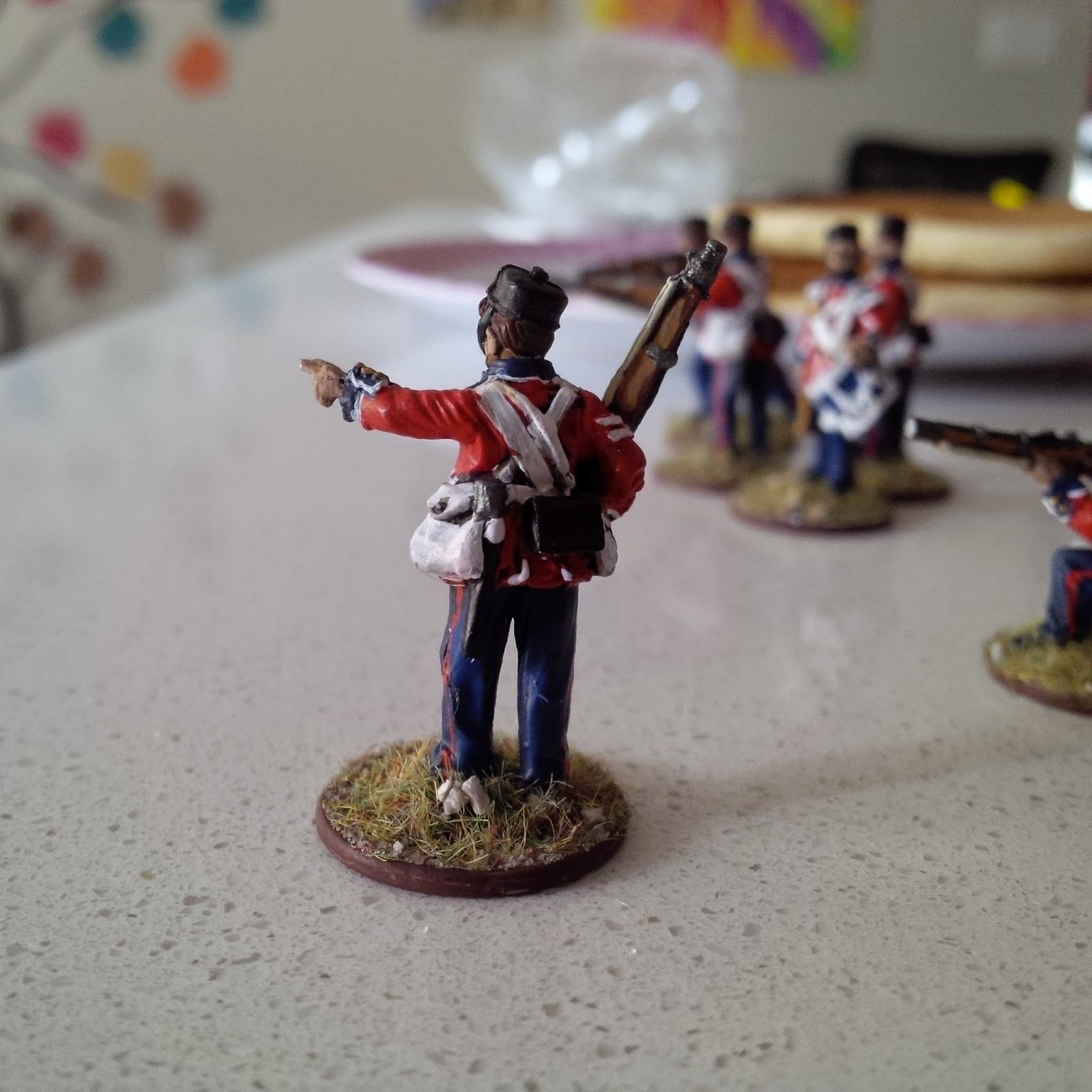 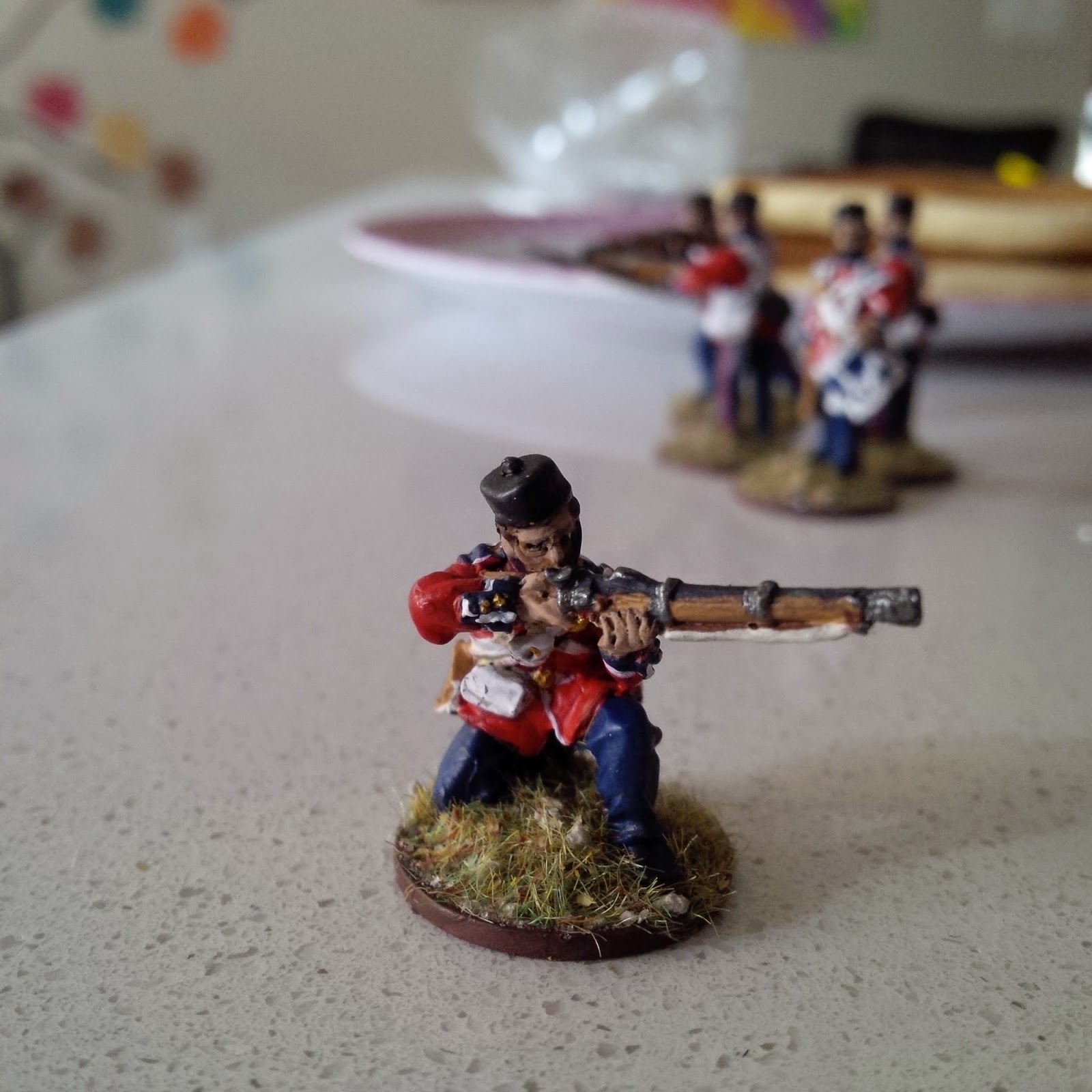 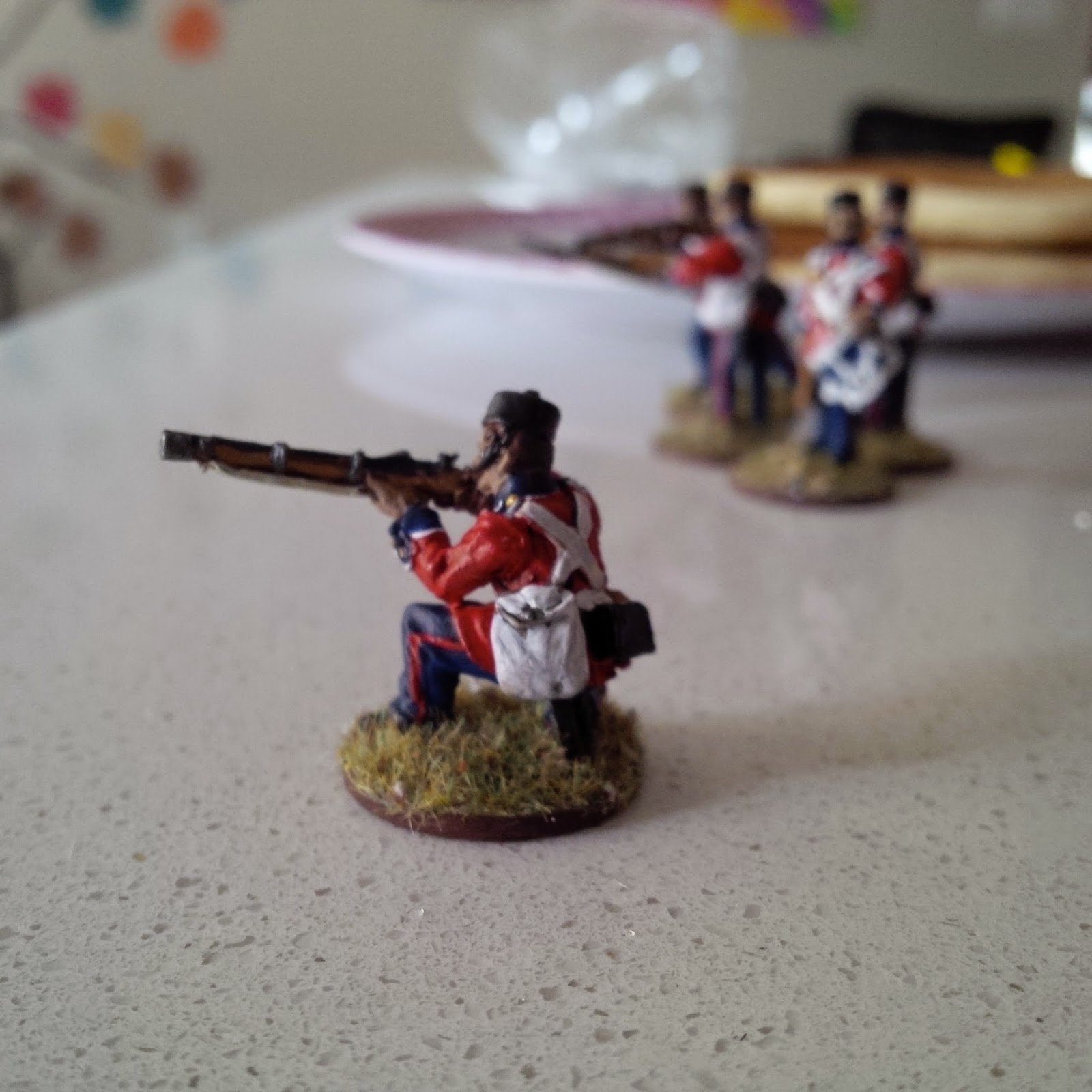 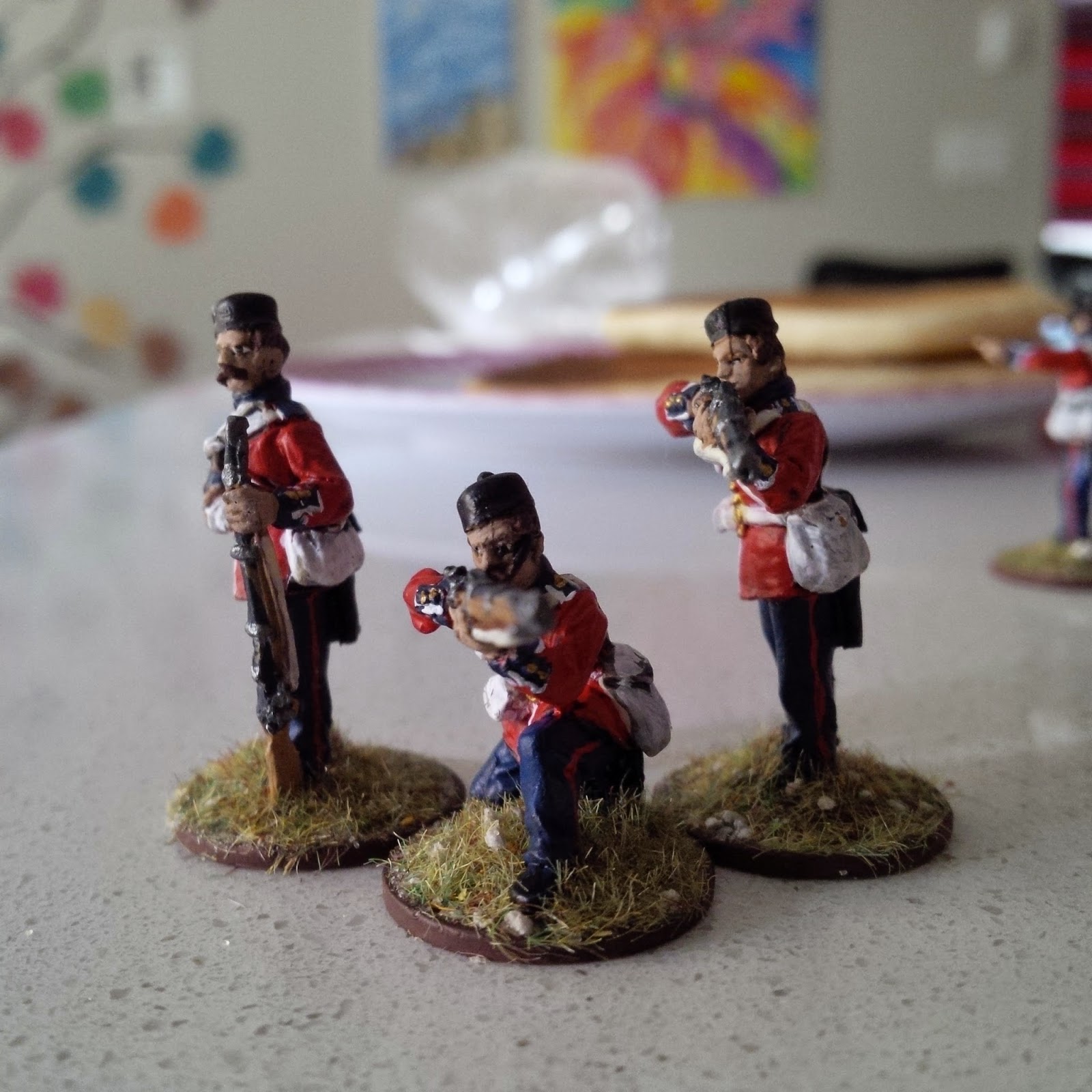 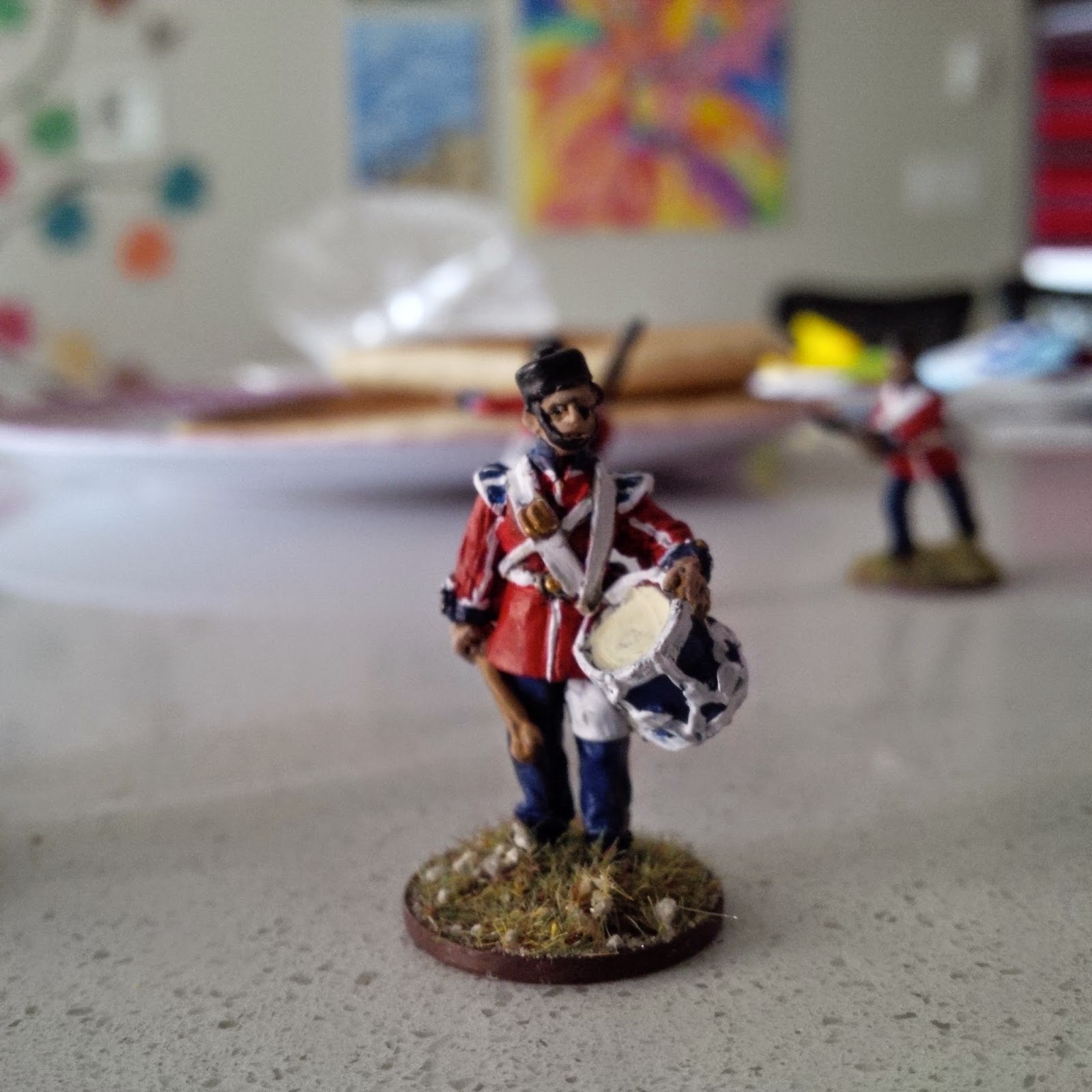 And a group shot 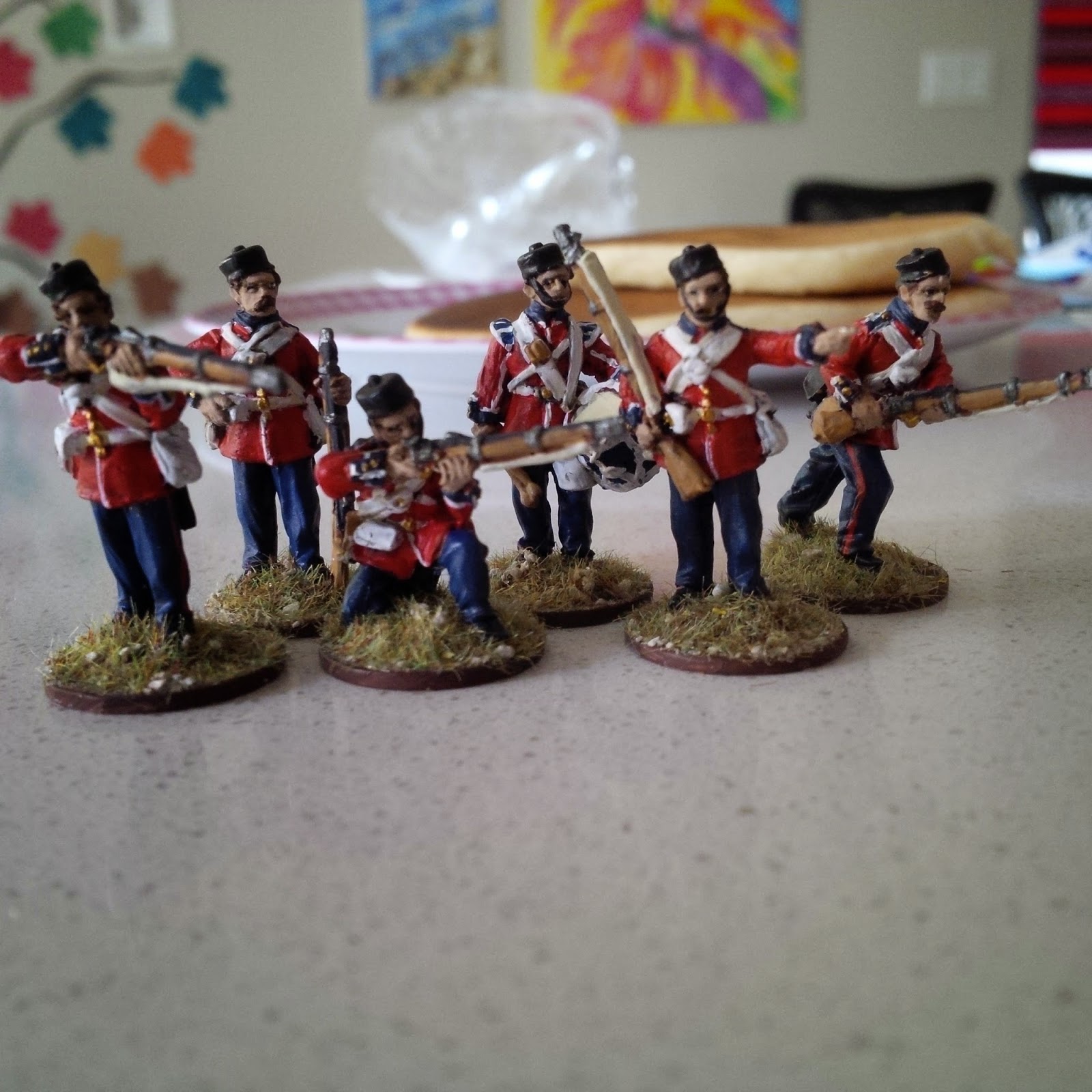 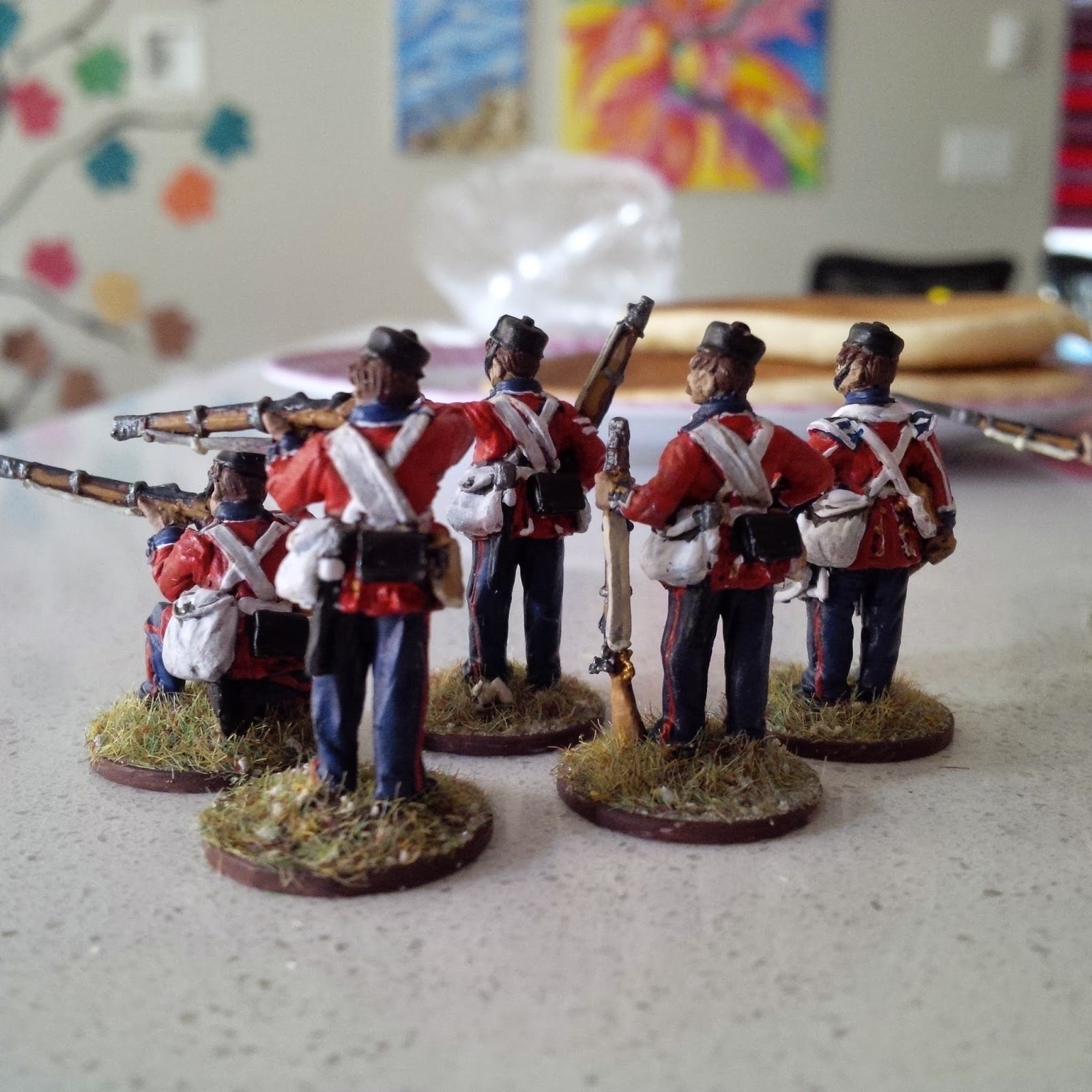 For some reason the corporal insists on moving each time I line a up the camera, so I'm not able to get him in focus.

More on the painting table.  They're a nice break from Alexander I's Russians!