A little while back, I picked up this model of a WWII German bunker from Italeri and Warlord Games.  The kit comes in two variants, the 'coastal bunker' with a turf roof, and the variant I chose, the 'flak bunker' with a space to install an anti-aircraft gun.

The assembly is pretty easy.  Unfortunately, when I glued it to an MDF base to make it a bit more durable, it was slightly warped, so the roof doesn't quite fit properly.  You can see the join line very clearly in the photo below. 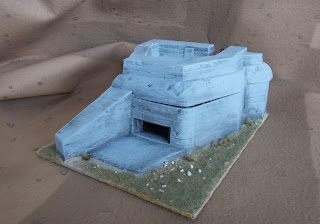 On one side of the bunker there's the window for the gun. 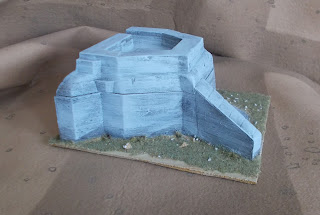 There is a pair of doors at the rear, could be a sally port, or a weak point that an attacker can exploit. 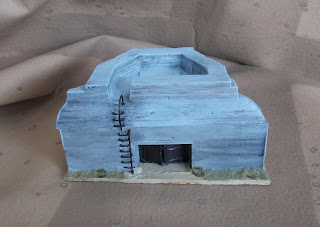 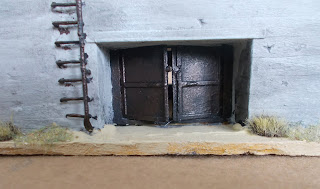 The model is a bit small - this is an application of the wargaming theory that terrain should be a bit smaller than the figures.  Sometimes I buy into this, but I'm not sure it works for me this time.  It's probably ok, but the size difference is certainly visible compared to the models. 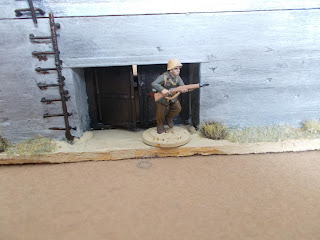 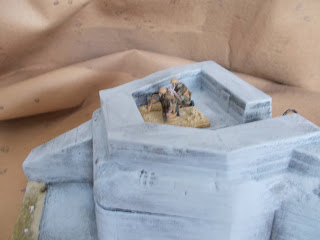 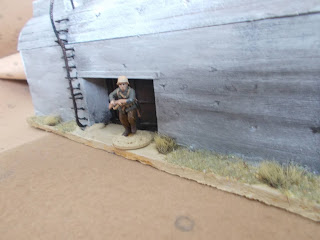 The roof lifts off to allow access to the interior. 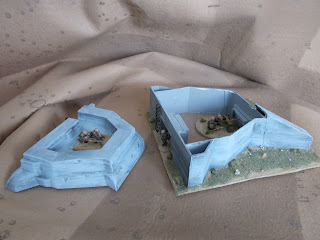 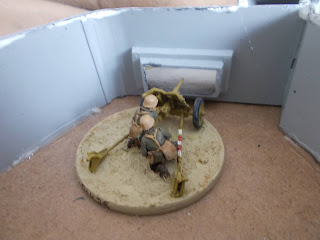 Cute view from the inside! 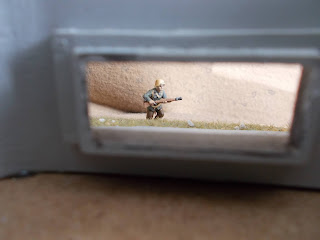 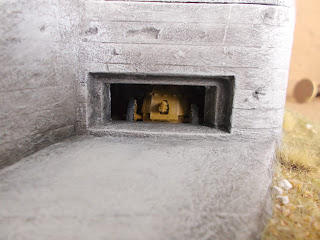