I was sad to learn of Sean Connery's death yesterday.  He was such an iconic actor, and featured in so many of my favourite films.  Then I remembered that my lead mountain included a Stoessi's Heroes figure of Sean Connery, in his role from 'A Bridge Too Far', playing Major General Roy Urquhart, commander of the British 1st Airborne Division.

So Sir Sean quickly climbed up to the top of the pile, and here he is. 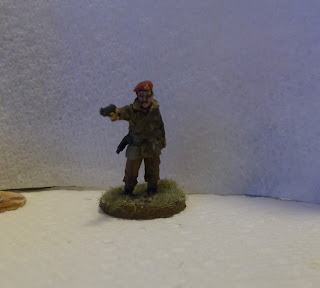 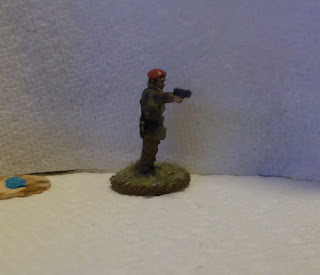 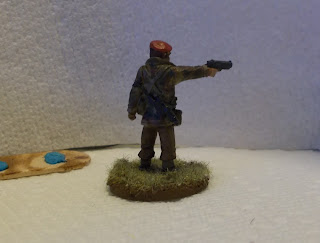 Here is Sir Sean himself, in the scene that this figure recreates.
(although I suspect those lovely Dutch people will be a bit put out if he brought all that grass into their dining room; perhaps I should have given him an indoor base instead!)
Incidentally, and making an obscure reference back to my Operation Husky project, Roy Urquhart was the commander of 231st Brigade, aka the Malta Brigade.  During the battle for Sicily, the Malta Brigade was attached to 1st Canadian Division for part of the campaign, including the battles for Agira and Regulbuto.
Posted by William Bailie at 13:56