My major painting effort over the past few years has been to build a Russian army from the time of Tsar Alexander I.  Others might call it "Napoleonic", but since it never belonged to Emperor Napoleon, I prefer not to name it after its primary opponent!

I'll present the army as it is over several blog posts - I'm certain that since it will never quite be finished, I'll end up adding bits to it forever, so this will end up being an open-ended series.  My original plan was to collect figures from a variety of sources, and even started off that way.  However, the bulk of the figures are from Perry Miniatures.  They are just such a delight to paint, and certainly competitively priced, so I find myself going back to them every time I'm inclined to expand on the army.  Plus, they keep putting new toys in front of me, and the 'oh, shiny' syndrome gets me every time.

So without further ado, here is the light cavalry.  First, the Elizabethgrad Hussars (Front Rank) 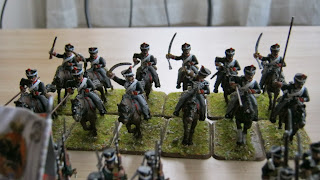 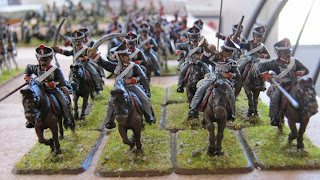 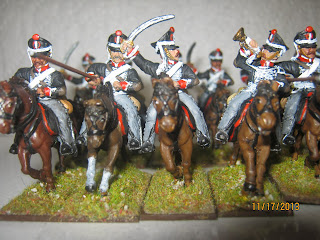 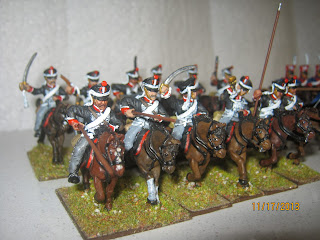 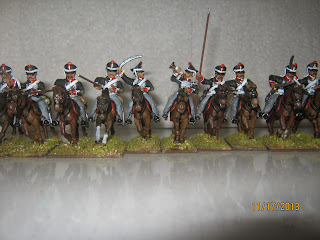 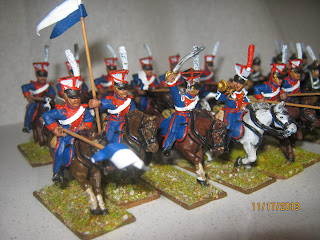 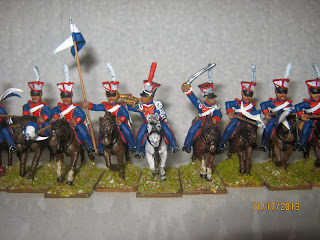 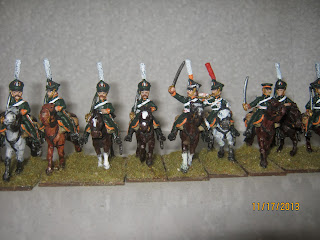 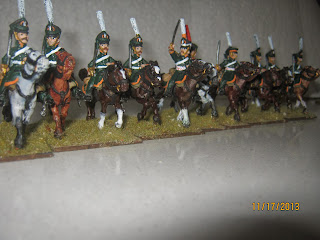