When the Waters were dried an' the Earth did appear,
("It's all one," says the Sapper),
The Lord He created the Engineer,
Her Majesty's Royal Engineer,
With the rank and pay of a Sapper!

As I have now built minefields and wire obstacles, my next logical step was to recruit some pioneers or sappers to neutralise them.

Chain of Command allows a player to select one or more engineering teams, or alternatively a section of engineers or pioneers. These teams are specialised for wirecutting, mine clearing or demolitions. (Flamethrower teams are also an option, but I'm not ready for that yet).

Unfortunately, 28mm miniatures depicting specialist engineer teams are few and far between, especially for British and Commonwealth armies. However, I am intrigued by the versatility of plastic minatures, and so I obtained some more Perry Miniatures Desert Rats and got to work!

Here is the section, commanded by a junior officer (who will count as a Junior Leader in CoC).

First up we have the wire clearing team. 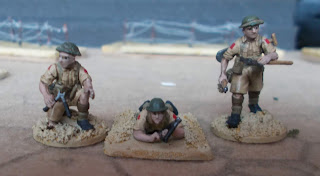 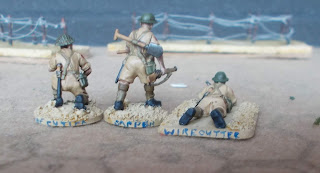 Two of these sappers have wire cutters, which are simply Bren gun bipods. The third member of the team is more of a generally helpful sapper, burdened with the tools of his trade.

Next we have a mine clearing team. 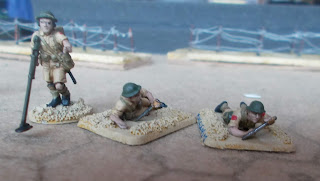 Two members of the team are using their bayonets to carefully probe for buried mines. 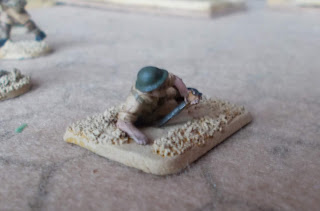 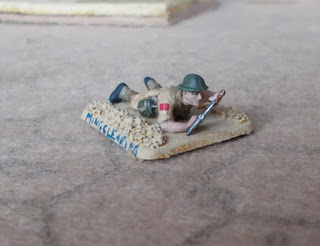 The third member has been issued a 'Polish' mine sweeper. 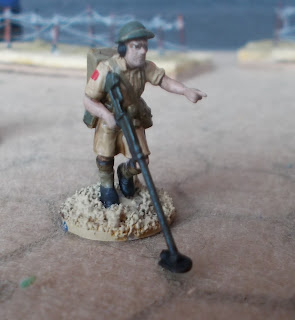 The more I read about the contributions made by the Poles to the allied war effort, the more amazed I become. In addition to the Polish soldiers, sailors and airmen who fought alongside British and Commonwealth forces, there were many Polish contributions made to intelligence and science activities, including the 'Polish' mine detector. This would be more accurately called the Kosacki mine detector, but the name of its inventor was not advertised in order to reduce the risk of the Nazis taking action against his family in occupied Poland. 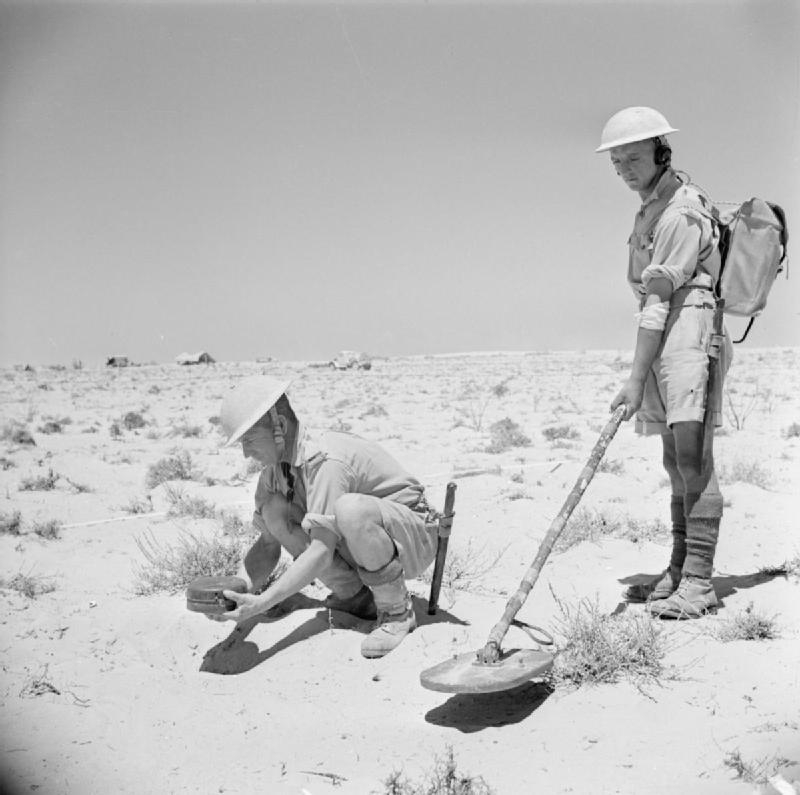 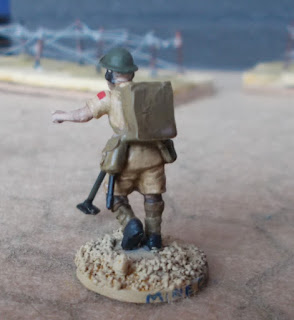 This figure is partially based on that one figure from the old 'army guys' toy soldier sets, that poor, useless bugger with the minesweeper, when as a blood-thirsty child, I thought any figure not carrying some sort of weapon was pointless! The conversion is more 'inspired by' the Kosacki mine sweeper than an accurate reproduction. I used what I had at hand! 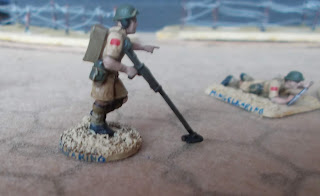 The handle is a chopped-down Boy's Rifle, the detection plate is a shovel blade, and the backpack is the radio set. I used the radio operator as the base for the conversion, as he already had the headset.

Sometimes, it will take far too long to clear a barbed wire obstacle using wirecutters. In those cases, a Bangalore Torpedo is called for! First invented in 1912 in Bangalore by the Madras Sappers and Miners, the Bangalore Torpedo is a pipe stuffed with explosives, that is pushed into an obstacle by a series of additional (but empty) pipes, and then detonated. There's a pretty good scene showing its use in Saving Private Ryan:

Here are my sappers getting ready to deploy their own Bangalores. 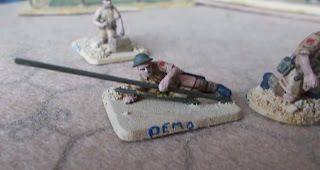 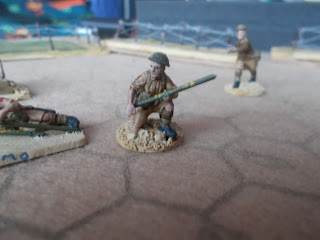 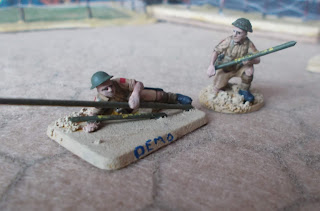 They are joined by a chap with a box. I figure that he's got a 'use your own imagination box', with the idea that the box could be a detonator, or maybe some other sort of engineering whiz-bangery as needed. 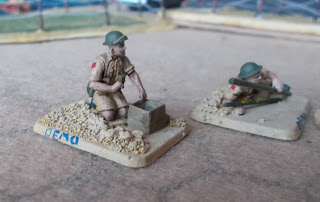 So there's the section, to be deployed together, or in smaller teams as needed!