Brigadier Chris Vokes and a Dingo

I picked up the Perry Miniatures Daimler Dingo, because it's a neat little armoured car and I wanted one.  I decided that the commander figure that comes with the Dingo looks like Chris Vokes, who was the Brigadier commanding 2 Canadian Infantry Brigade (2CIB) during Operation Husky.  I understand that Brigadier Vokes had a jeep during Op Husky, so I re-purposed a Rubicon jeep that I'd done previously and assigned it to the brig. 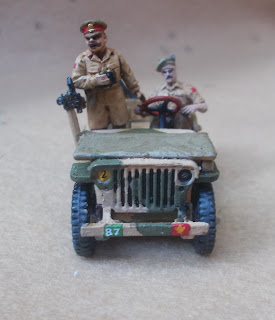 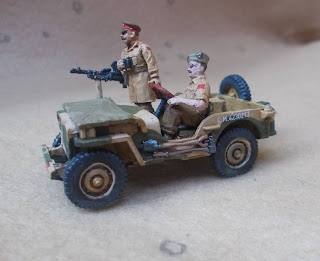 The jeep should have Brigadier Vokes' pennant, which was a grizzly bear on a blue background.  This pennant was the result of a competition launched by Vokes to inspire the 2CIB's morale, to give the brigade an emblem. 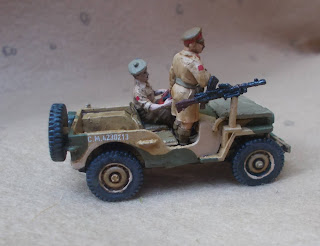 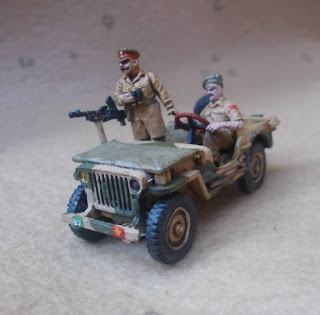 Now here is the Dingo.  The vehicle commander is also a Perry Miniature, brought in to replace Brigadier Vokes.  Hugo was the name of a Dingo serving with the Three Rivers Regiment.  However, I've cheated here, the '172' number is actually assigned to 1st Canadian Army Tank Brigade HQ, rather than the TRR.  But I'm banking on the idea that no one will notice ;^) 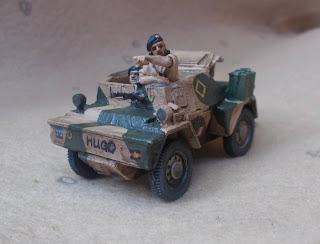 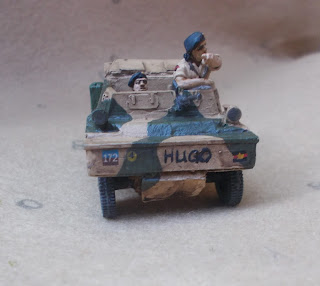 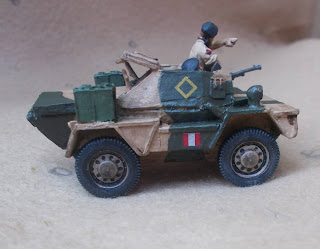 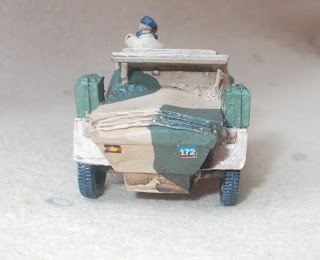 Posing for the cameras:  the Dingo crew are reporting to the 2CIB commander. 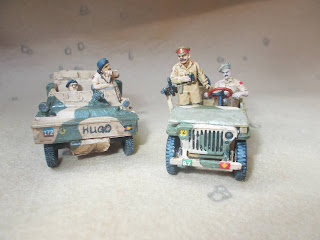