I'm still working on my LAF BSC2021 entry, but the contest rules are that I cannot post photos once I start painting.  I've got the base coat on the boards, so no more photos for a while.  Don't worry, I'm still taking photos and I'll post an update after the contest is resolved.

In the meantime, I've been assembling some sappers, aka the 3rd Field Company RCE.  These lads will be responsible for building the Bailey Bridge across above-mentioned the terrain boards.

For starters, they do some surveying.  These figures are kitbashed from the Perry Miniatures Desert Rats with extra bits from the Perrys' Zulu War British. The Dumpy level is assembled from two heliographs.  These men take arms and equipment (like the notebook and binoculars) from the Zulu War pack but are based on the Desert Rats.  The level rod started as a pair of arms carrying the colours. 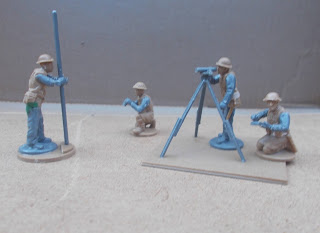 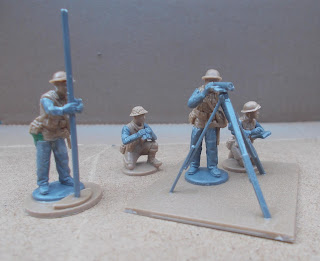 And here they are with some paint: 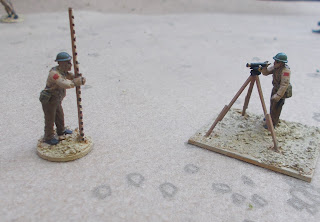 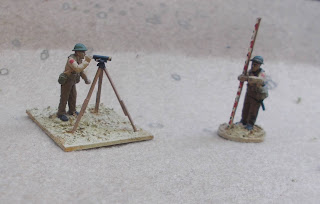 These men are carrying a 600-lb bridge panel.  They make it look easy!  They should be standing straight, like these ones from the manual: 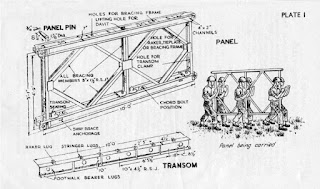 My modelling skills being a bit limited, my lads look like this: 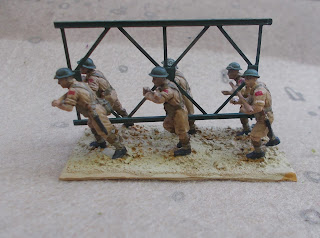 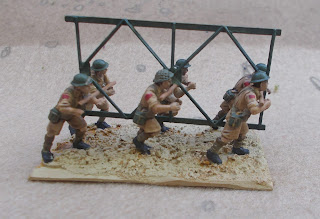 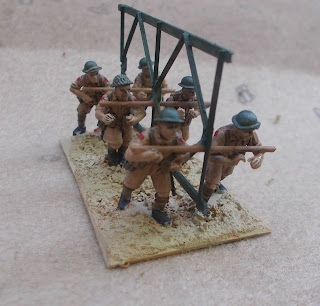 These men are carrying the transom:  it is normally an eight-man load, so these four men are obviously quite buff. 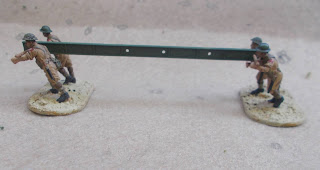 When I started on this project, I posted about the Wespe Models Bailey Bridge here:  https://willstoysoldiers.blogspot.com/2021/04/bsc2021-background-and-plans.html

To add some interest for gaming purposes, I've taken the extra sprues and built an 'under construction' version:

The angled portion in front is called the 'launching nose'.  It consists of a couple of bridge panels, and is lighter to help the sappers on the receiving end to direct it onto the base plates on the other side of the gap.

I added some sprue segments to transform the base plates into rollers: 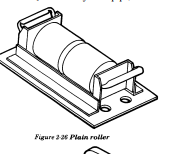 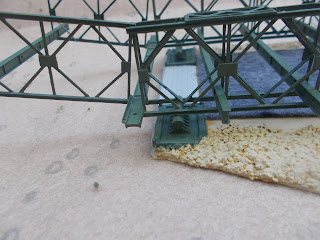 Here are the bridge building sappers in action: 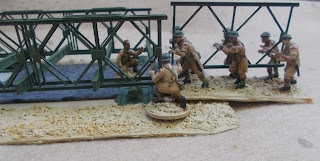