For some time, I've wanted to include a Bailey Bridge in my WWII collection.  Many years ago, I even scratch-built a 1:100 version for my FoW collection out of Plastruct pieces!  It wasn't a great model, and is now long gone.  After I started my 28mm project, I kept an eye open for Bailey options in 1/56 scale.  I was initially tempted by some of the MDF versions from Sarissa and WarBases, but eventually decided that they were not sufficiently detailed.  Eventually, I came across the Wespe Models 1:48 scale plastic model.  I ordered two of these, with the idea that I'd build one as a finished bridge, and the second as an "underconstruction" version, with the idea that they could be swapped out.  (Of course, Bailey Bridge models are readily available in other scales, such as 20mm or 1/72). 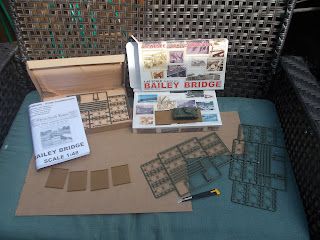 The Valentine has been added to provide a reference for scale.  My vehicles are all 1/56, and the bridge is 1/48, but for me that will be close enough.  Having a slightly large bridge means that at least the vehicles will fit! 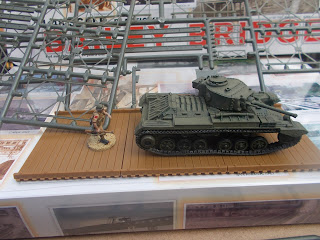 The Wespe model is definitely NOT a wargame toy!  The pieces are all quite fine, and it turned out to be a very fiddly thing to assemble.  I am still very pleased with it, though, as it comes as a DIY kit.  The basic kit includes 4 identical sprues, which each have 10 panels, 3 transoms, 2 end posts, 3 bracing frames and 1 base plate.  There are also 7 deck pieces, separate from the sprue.  As a lovely bonus, Wespe even threw in two extra sprues, so I have plenty of spare parts! The kit also includes a detailed pamphlet with a history of the Bailey Bridge as well as instructions on how to assemble the model in any of a variety of configurations.

The pamphlet provides a table listing the load class that can be expected from different configurations, from the single truss/single storey (SS) through DS (double truss/single storey), TS, DD, TD,DT to TT (triple truss/triple storey).  I chose to go for the DS configuration, which would provide a MLC (Military Load Class) of 40 over a span of up to 80 feet.  MLC40 is enough to support a Sherman tank, so that will meet my needs.

These photos show the assembly process. 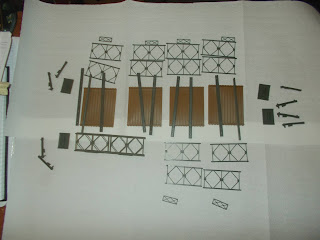 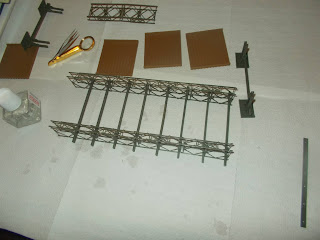 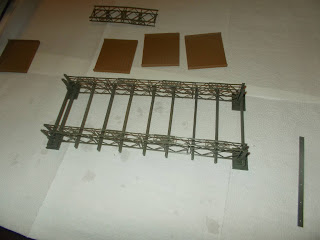 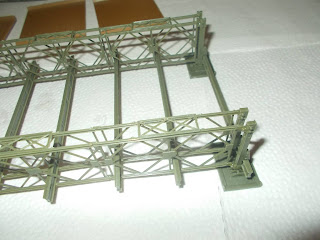 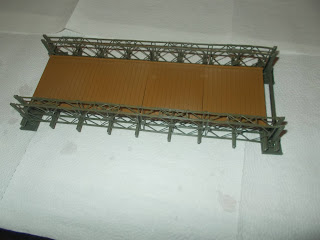 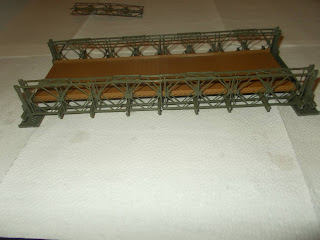 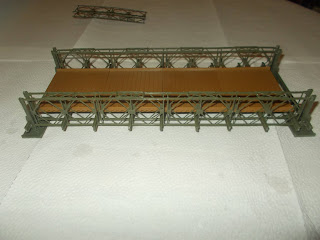 This is a quick mock-up of how I plan to show the sappers building the bridge.  The men are from Perry Miniatures Desert Rats - they are leaning forward, which real men would not do when carrying a bridge panel.  Those panels are 600 lbs each, so each man is lifting 100 lbs:  their backs would be straight to avoid injury! 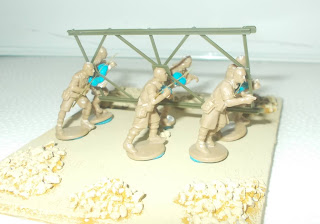 Here is the assembled bridge (unpainted, the pieces are quite nicely moulded in appropriate colours!).  The ramps are just resting in place, and are there for show. 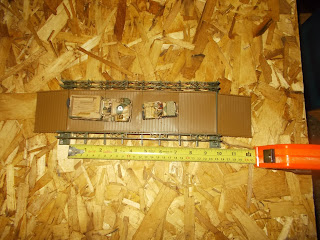 Of course, I am approaching this project in a back-assward fashion!  A bridge by itself isn't really justified unless there is something for it to cross.  That takes me to the Lead Adventure 'Build Something Contest' or BSC.  This year's theme is 'Difficult Terrain', and of course Sicily is full of difficult terrain.  My research quickly took me to the Battle of Leonforte, 21-22 July.

Leonforte, like many towns in central Sicily, is atop a hill.  The Germans had destroyed the bridge over the Dittaino River on SS121, the state highway leading into the town.  The Loyal Edmonton Regiment entered the town on the 21st of July, but were trapped by a fierce counterattack from the 104th PanzerGrenadier Regiment.  Meanwhile, 3rd Field Company of the Royal Canadian Engineers worked through the night to build a Bailey Bridge to replace the bridge blown by the Germans.  This was the first time that a Bailey Bridge had been constructed under direct enemy fire. The RCE sappers got the work done.  It was very dramatic:  Lt Col Walsh, the CRE (Commander Royal Engineers) supervised the construction personally, and the Company commander Major Southern took a patrol of sappers ( along with some infantrymen from the Eddies) to push back a German MG that was harrassing the bridgebuilders.  Gunners from the 1st Canadian Anti-Tank Regiment managed to manhandle a pair of AT guns across the river, and provided additional covering fire.  In all, there were some 21 awards of gallantry for the battle, including 5 for the RCE plus another one for Major Welsh of the RCA.

Some more detailed accounts of the battle can be found at the links below:

Here is a photo of the bridge in 1950, rebuilt to replace the temporary Bailey Bridge.  This provides a clear view of the valley, and gives a good sense of scale of the 50 foot gap to be crossed. 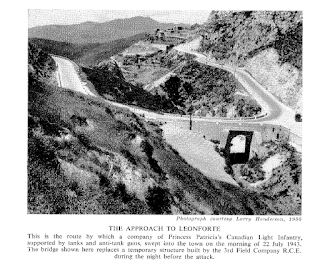 This image is a capture from Google Earth, showing the highway SS121. 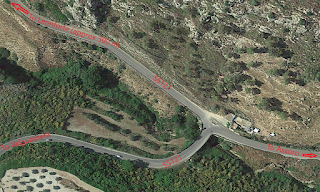 Now here is my plan.  My idea is to build a representation of the actual terrain - not a scale model.  I'll use four 2'x2' subfloor tiles, since they are relatively cheap from the nearby hardware shop.  They will fit together on the table, but will break down to a convenient size for transportation to and from the club - assuming that we are able to return there someday! 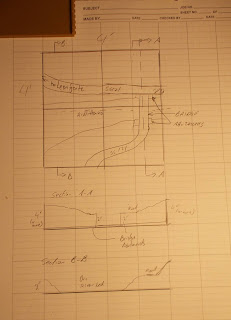 I'll build up the hills from hard foam insulation boards, and probably cover them with plaster for texture.  The bridge abutments will be built into the boards, and the Bailey Bridge can be set on top.  The gap between the abutments will be about 9 1/2 " (per the photo below - I'll be building the terrain to match the bridge; real life is not always so accommodating!).

That's it for the current update.  I'll finish up with some paintings from the Canadian War Museum for inspiration!

Tanks in the Dittaino Valley - inspiration for the terrain 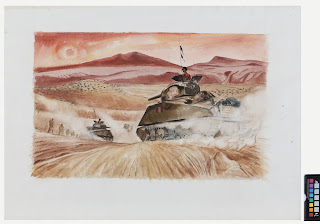 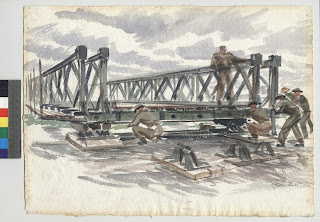