Here is what the boards look like after a full day of plaster curing.  These closeups show the plaster cloth after installation.  The mesh of the cloth is visible.  Ends of the sheets can be seen, but are not as obvious. 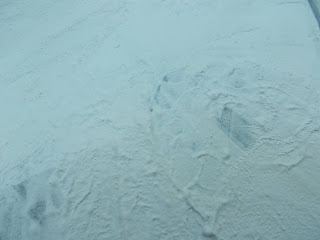 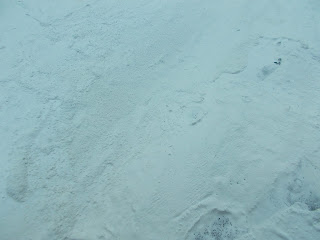 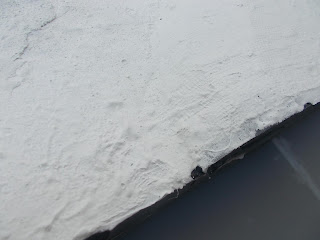 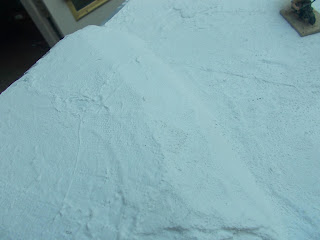 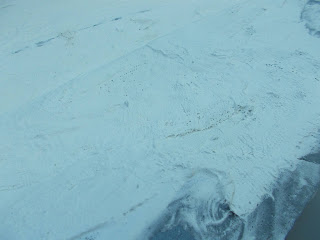 I'm going to paint some thinned plaster over the boards.  Hopefully this will cover over the visible mesh.  I'm going to take some care in applying the plaster, to give it as 'natural' an appearance as possible.  And I know that I'll still need to do some sanding afterwards!
Here are some models added to show scale. It looks a bit like they are traversing the Great White North rather than Sicily in July!  That will of course change once I get some paint on it. 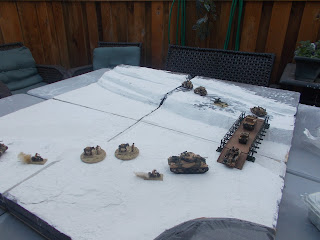 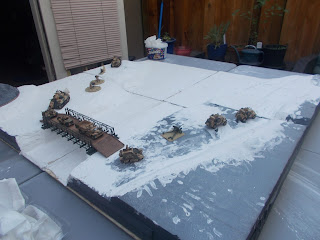 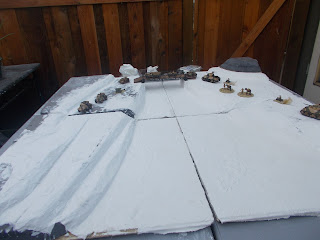 Here is my attempt at carving a road into the hills.  As you can see, I made quite a hash of it.  I'll have to do some filling to get it to a smooth grade. 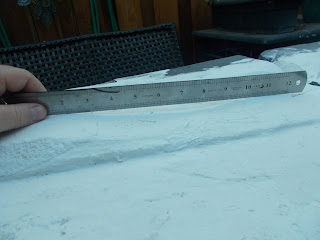 The title of the post comes from me taking a pause to see what I need to do next, but also from the movie I watched on the weekend.  Also called 'The Immortal Battalion', 'The Way Ahead' was made during WWII, and it shows in the way the story is presented.  It follows the old standby for war films:  recruits from diverse backgrounds join the army, training is hard and the sergeant is mean.  The cast is amazing, including David Niven, Bill Hartnell (the original Dr Who), Stanley Holloway (popular Vaudeville comedian), John Laurie (from Dad's Army), Peter Ustinov and Trevor Howard.  And as I've been researching WWII equipment, I kept geeking out (oh- there's a Bedford QL!).  Worth watching.
Edit:  swammeyjoe on the Too Fat Lardies forum pointed me to these digitized WWII-era maps of Sicily.  http://legacy.lib.utexas.edu/maps/ams/italy_25k/
I've zoomed in on Leonforte to get this: 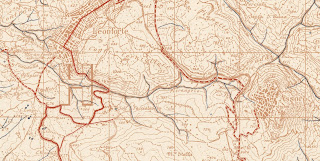 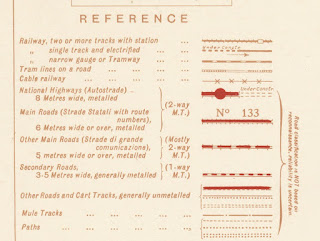 The red line for the road confirms that it is a metalled (i.e., paved) road, so I'm good to go with my plan for grey felt to represent the roads.