I'm still here, despite having not posted anything in about 6 months!  Here is the latest unit to join Peter the Great's army, the Ingermanlandski Regiment.  My original plan was to paint the whole army with the traditional "green coat and red turnbacks" but then I started to find references to various different coat and turnback colours for different regiments in Peter's army.  The yellow coats really stood out, so I knew I had to do them!

Then, once they were painted, I found this reference:  http://peter.petrobrigada.ru/unif/project3342/page23296.html

"In 1708 Tsar Peter wrote that green was the preferred color for soldiers' coats, however the diversity of uniform colors was considerable in Russian army of the Great Northern War period. They varied from such traditional shades like green, blue, white and red to more unusual like yellow (was proposed for Menshikov's Ingermanland Infantry Regiment in 1706 but it wasn't carried out)."

Well, I'm not going to repaint them!  They're going to add a nice bit of brightness to my army, and a quick check of other GNW blogs shows me that I'm in good company with my yellow-coat Ingermanlandskis! 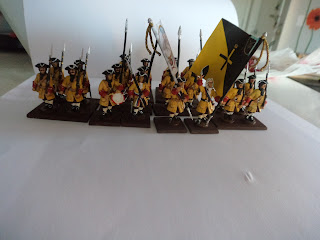 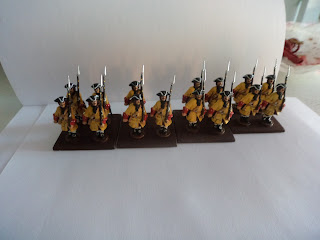 I converted a few of the musketeers into pikemen, by carving away the musket and replacing it with a metal pike (liberated from pewter pikemen, who will now need to find pikes for themselves!) 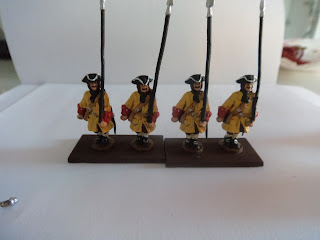 Since Kevin and I started our GNW project with the idea of using "The Pikeman's Lament", I've organised the infantry so that they can be in units of 12.  Command are individually based to facilitate two units of 12 each, or they can be combined to a unit of 23.

Yes, that's right, 23.  I managed to lose one of the little buggers.  Maybe he'll drag his AWOAL ass back into ranks, or maybe I'll conscript soldier from another unit, or maybe I'll just live with one unit being one man short. 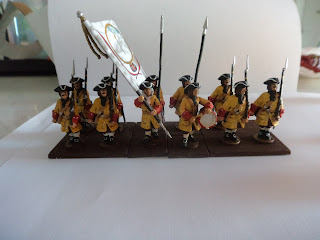 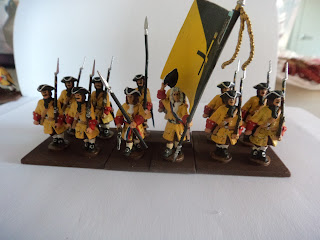 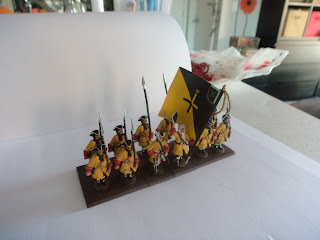 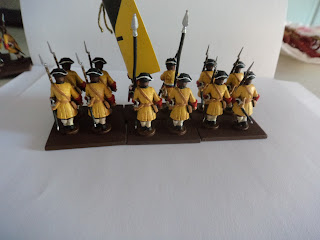 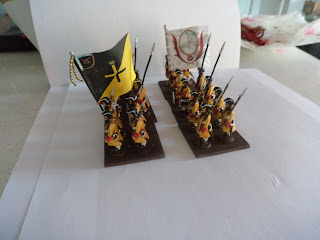