Arthur, as mentioned previously, is terribly keen on all things Middle-earth, and he convinced his aunt to buy him the box set of Thorin's Company.  Arthur has been painting the Bilbo and the dwarves, but I absconded with Gandalf!  I wanted to paint him to match as closely as possible with the 3 versions of him that I already had from many years ago.

This version of Gandalf is dressed for travel, with his pointy blue hat, a silver scarf, his wizard's staff and the sword Glamdring. 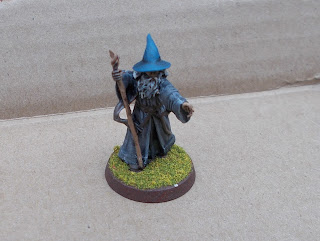 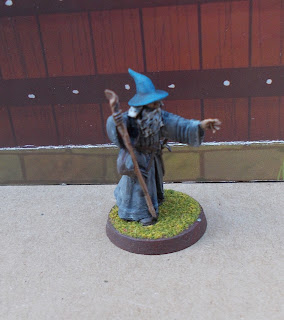 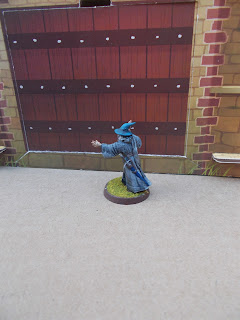 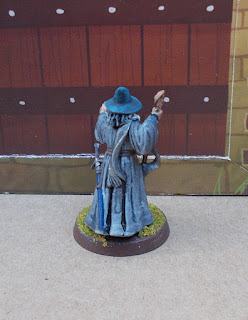 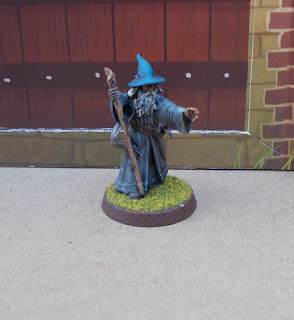 Here is the new version of Gandalf, from the journey to the Lonely Mountain, alongside the older versions.  The latest Gandalf is plastic, but you wouldn't know it to look at him next to the metal models.  Although my intent was to match the grey and blue of the older models, they've actually come out somewhat darker.  Rather than attempt to lighten up the painting, I've decided to simply explain it all away! You see, Gandalf with the faded robes and hat are from the time of the War of the Ring, which took place some 77 years after the events of The Hobbit.  This means that Gandalf's robes have had ample time to fade to a lighter shade, as he has been travelling throughout Middle-earth all that time.  And of course he wears the exact same clothes during that whole time and never replaces them! 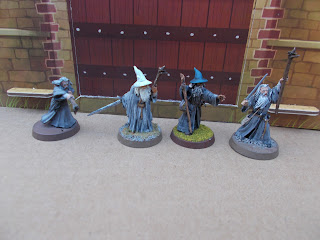 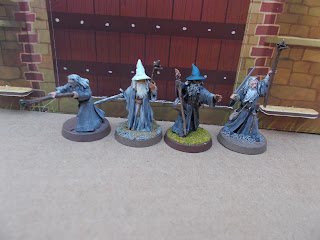