I found this model in my lead mountain, a French soixante-quinze, the canon de 75 modèle 1897, the quick-firing artillery piece that formed the mainstay of the French artillery in World War I.  It was a very successful gun, in use internationally for many decades in the 20th Century, right through the end of World War II.  I found one in place in Herat, Afghanistan just outside the Friday Mosque.  My colleagues thought I was a bit odd to be geeking out over an old cannon, after just having toured the absolutely amazing mosque...

This model is from Brigade Games, and the crew are wearing 'early war' uniforms, which will allow me to use it alongside my early war French infantry. 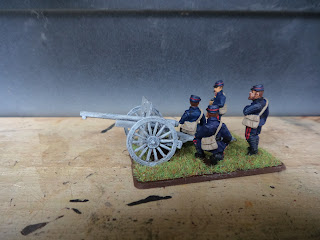 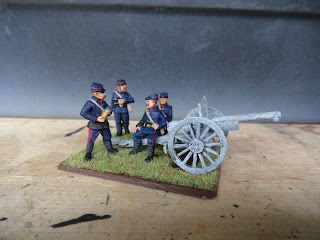 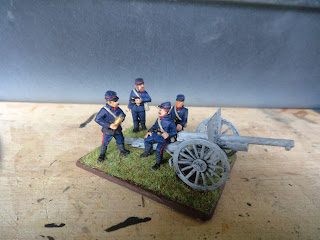 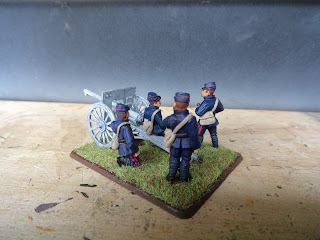 Here is a colorised photo (I assume it's colorised, I could be wrong!) showing the effect I was going for. 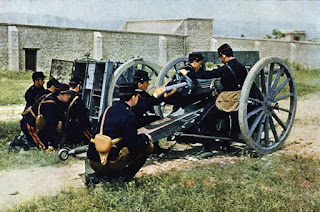 And just for the record, here's the gun I saw in Herat! 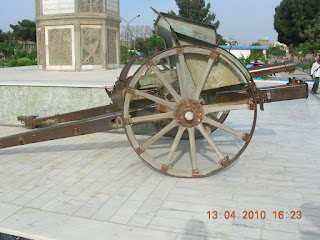 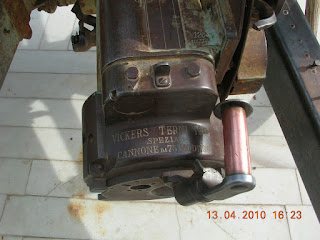