Following on my review of the Warlord Games/Wargames Factory WSS Artillery Box, here is my painted version of the gun and crew.

First the gun.  The gun comes with a choice of two barrels, nominally 8-pdr and 12-pdr. I went with the slightly smaller barrel.  As I mentioned in the review post, there are some small bits that can be a bit fiddly such as the dolphins (handles) on the gun barrel as well as the trunnion plates. But all in all, a nice wee model. 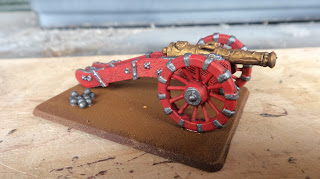 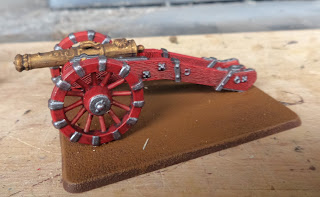 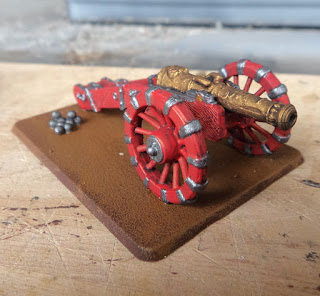 Wargaming convention is that artillery pieces should have 4 crew each, and so there is a tendency for miniatures companies to sell sets that include 4 crew with each gun.  Warlord Games is no exception.  However, Pikeman's Lament calls for each gun to have 6 crew.  Accordingly, I assembled 6 artillerymen.  I ran out of tricorne hats, so I attempted to convert a couple of the plastic heads from wide-brimmed floppy hats to Russian kartuz caps.

Reading a bit further into Russian artillery uniforms, I realise I should have painted the stockings blue rather than white. 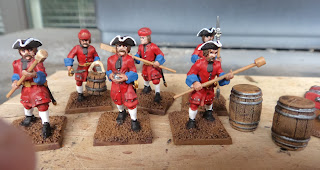 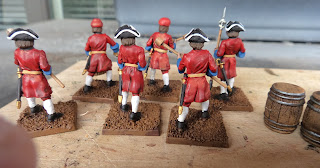 And finally here are a couple shots of the men serving their gun. 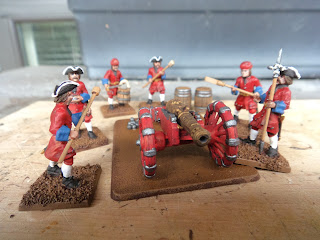 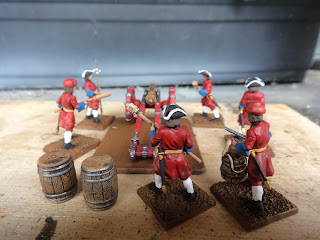 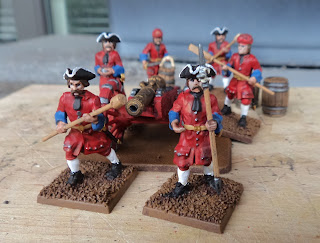 4th August edit:  now looking to find one of these in 28mm!  Bombardier with hand mortar, possibly more dangerous for the user than the enemy...