Now that my BSC2021 terrain project is (mostly) complete, it's time to show it off a bit.

For starters, in its original plan as the approach to Leonforte, Sicily.  Here is a series of shots, showing the Canadian recce finding the gap, followed by the bridging platoon arrive to build the replacement Bailey bridge, and finally the Canadian tanks crossing the new bridge. 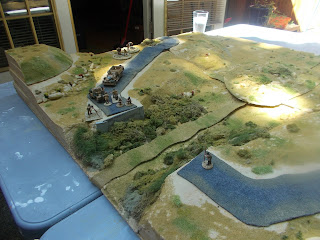 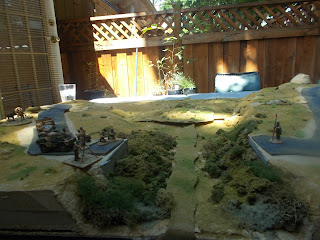 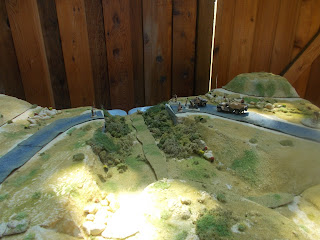 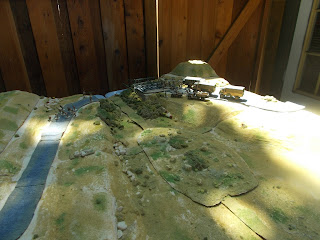 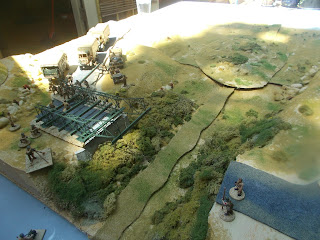 The account of the battle describes that the 90th Canadian Anti Tank Battery managed to transport a couple of 6-pdr AT guns across the ravine, while the sappers were building the bridge.  That's what I'm showing here. 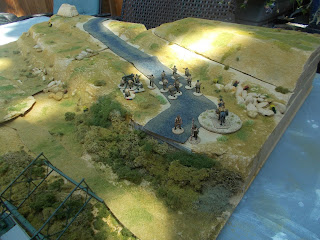 Finally, the bridge is built, allowing Sherman tanks of the Three Rivers Regiment to cross the ravine and head toward Leonforte to relieve the Edmonton Regiment, supported by infantry from the PPCLI. 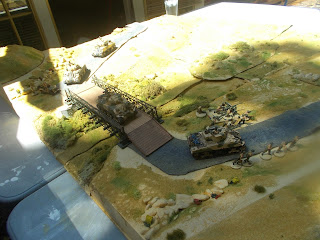 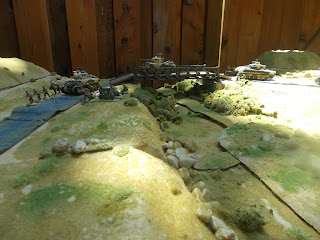 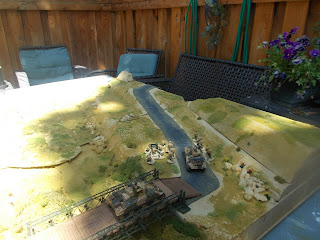 The terrain can be used to represent other eras as well, such as the NorthWest Frontier. 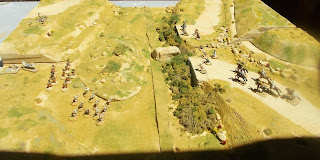 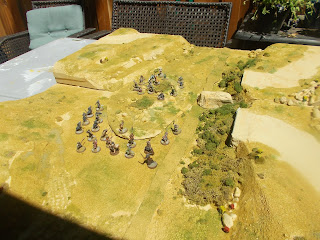 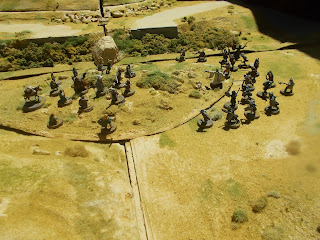 Palestine, 1917.  I will need to build a couple more bridges, so I can have a few alternative styles of bridge for my games.  Maybe a wooden suspension bridge for starters, as well as a stone bridge. 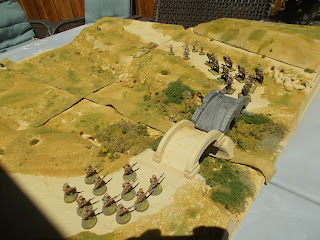 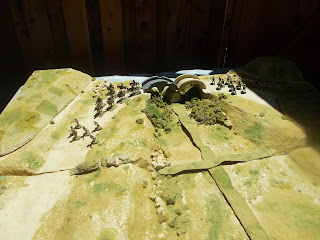 Somewhere in the American South-West.  Rather embarrassingly, my plaza started to warp when I put it in the hot sun! 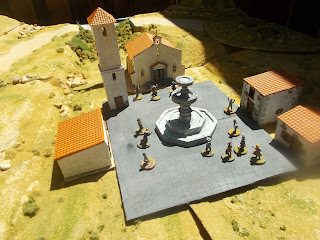 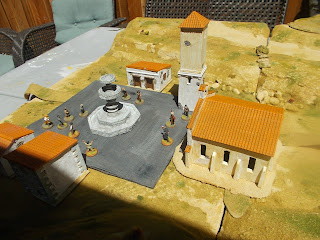 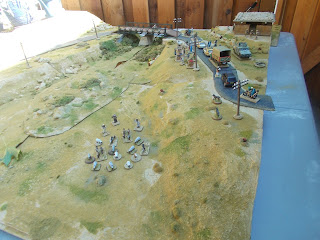 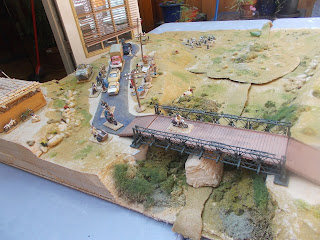 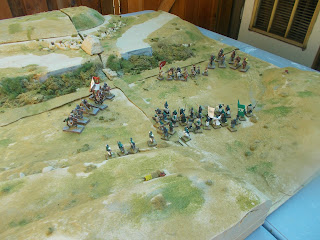 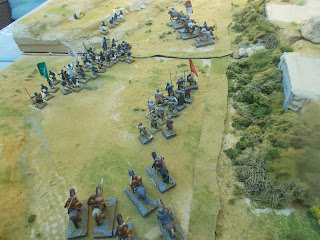 Taking inspiration from Star Trek's famous use of the hills north of Los Angeles to represent alien planets, I suppose these hills could easily be used for sci-fi gaming, too!