Following on my previous post on Um Bum, here is part 2:  the rest of the 1/87 Russian country houses.

The village now has four buildings and a few small outbuildings.  For gaming purposes, that's probably enough to have a small village where the heroes of the Soviet Union can resist the evil depredations of the Hitlerites.

These HO scale buildings are a little small compared to the figures.  This would be a problem for a diorama, but for gaming purposes that's not really a problem.  Figures won't be placed inside the buildings, but the buildings clearly show the footprint of each building. 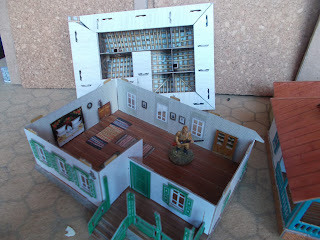 Although the buildings have some great internal detail, this will be hidden most of the time.  It's a bit fiddly to remove the roof, not something I'd want to do in the middle of a game.  But it's nice to know that it's there. 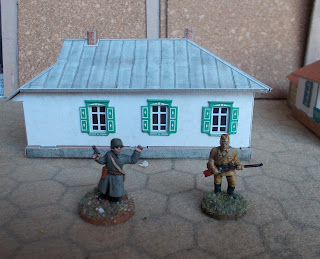 Even if it's only visible by peeking in through the windows! 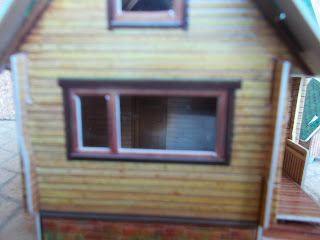 Here are some closeup photos of the houses. 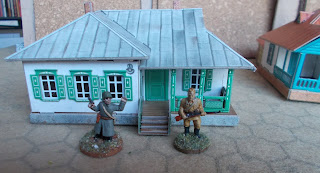 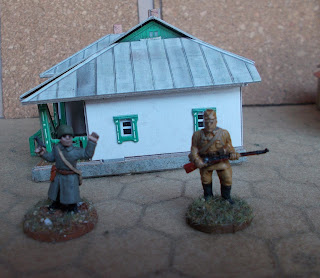 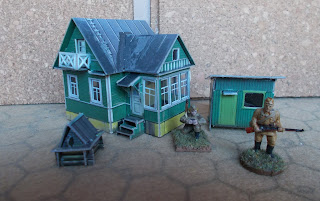 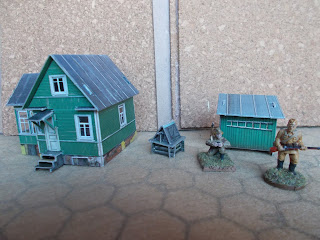 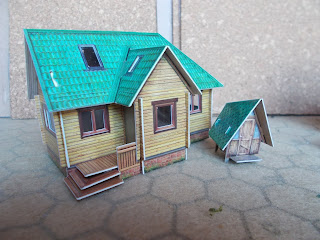 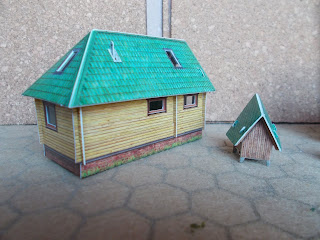 And here's the street scene.

Figures (added for illustrative purposes) are from Copplestone Castings, Plastic Soldier Company and Bad Squiddo.
Posted by William Bailie at 15:43