I carefully studied Sicily guidebooks, and even Google street view for several communities in Sicily to get an idea what a Sicilian church looks like.  The biggest and most prominent churches are mostly quite Baroque in appearance.  However, I found outside of the town centres, and especially out of the towns themselves, simpler churches could be found.

This church is from Empress Miniatures. I was very impressed with the service from Empress, I received the church just 7 days after I ordered it.  I don't think I've ever received a package that quickly from the UK. 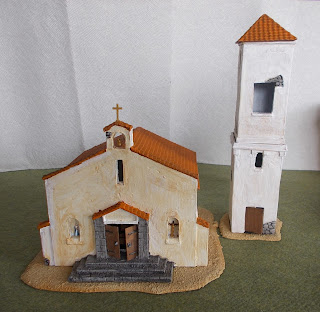 The tower is completely separate.  This provides some flexibility in setting up the terrain.  The tower can be attached to the church or set somewhere else altogether. 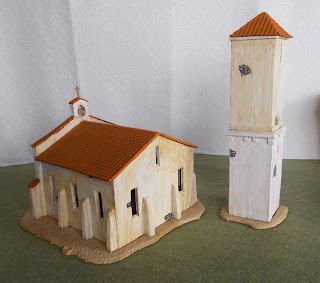 I used a sepia wash to try to match some of the colouring I saw on streetview.  I didn't get an exact match, and I was not very uniform applying the wash! 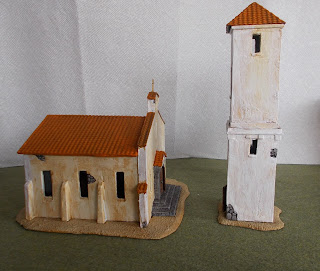 The tower has a few floors and a lift-off roof, so it provides a good place to put a sniper, or a FOO (forward observation officer, or artillery spotter). 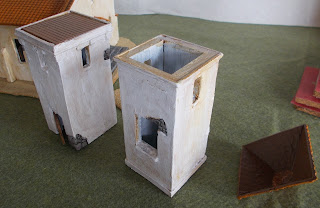 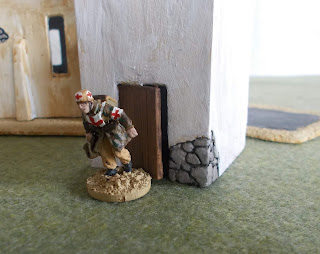 Doors are a bit small, carrying on the tradition of wargaming terrain being slightly smaller scale than the miniatures. 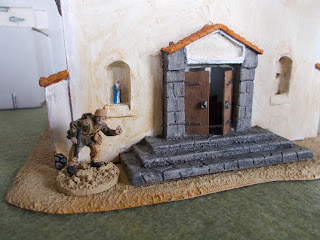 The set includes a small statue of a saint and a crucifix to fit into the sconces on either side of the church doors. 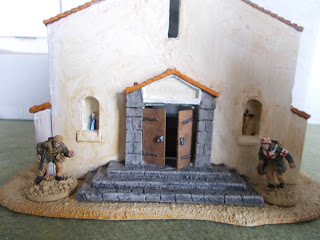 While browsing the shelves at Imperial Hobbies, I made an impulse purchase of some 4Ground church furniture, including an altar, a pulpit and a couple of pews. 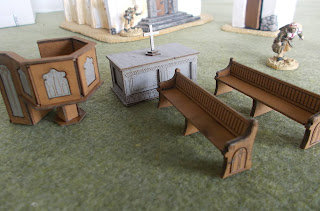 I agonised over whether two pews would be enough, until I realised that I could barely fit even these 4 items into the church! 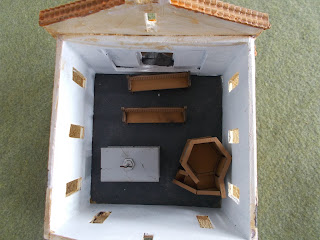 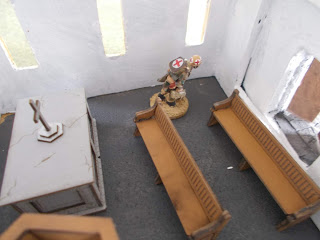 I also picked up a set of corners to match a set of straight wall sections I already had in my collection. 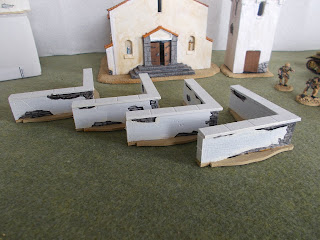 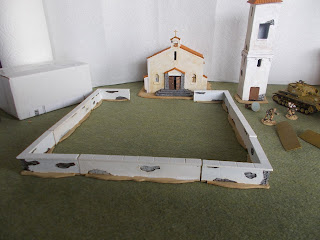 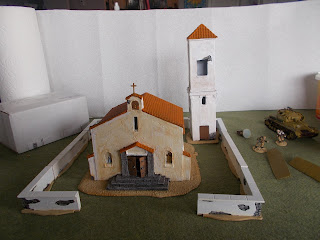