A one-eyed fat man and a one-legged spy

When I recently purchased some Crusader Miniatures from North Star, I added a few extra figures to my order, including an old west marshal and an SOE operative working behind enemy lines in France during WWII.

The marshal, derided as a 'one-eyed fat man' by his opponents, is based on John Wayne's portrayal of Rooster Cogburn in the 1969 version of 'True Grit'. 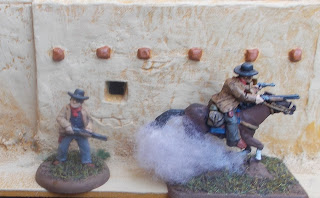 I managed to break the horse's legs when cleaning the miniature and attaching it to the base, so I built up around the legs with green stuff.  It then looked like the horse was up to its withers in mud, so I added a bit of teddy bear fur to make it look like the horse had kicked up some dust.

Here is the video clip I copied for the paint palette.

My next offering is one of Bad Squiddo's SOE agents, this one based on Virginia Hall, the one-legged agent who managed to avoid capture while operating in German-occupied France, despite being obviously not French, and having a pretty distinct physical handicap besides!  She is a figure that I noted as missing from my collection previously when I added some other Bad Squiddos.

Unfortunately, my camera's autofocus chose to focus on the background instead of the figure, so these are not the best representation of Ms Hall.  Or perhaps, a manifestation of the evasion skills that she practiced so effectively in France in 1942! 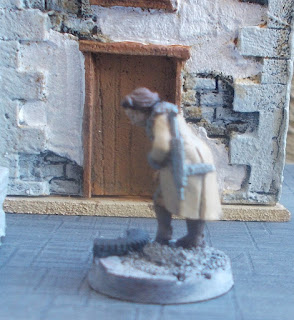 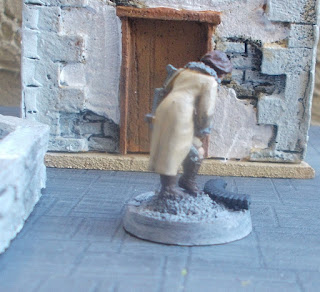 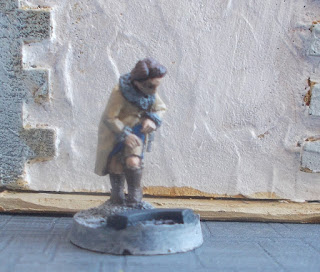