Jump Off Point - Mule and muleteer

Soldiers of all armies in Sicily and Italy found the parcity of roads to be a major logistics challenge.  The terrain was rocky and mountainous, so roads were few and poor.  Moving off-road was near impossible for wheeled and even for tracked vehicles.  The logistics problem was exacerbated further for 1st Canadian Division as many of the division's vehicles were lost on ships torpedoed en route to Sicily.

As a result, mules were conscripted into service to transport materiel.  In this case, I am going to use this as a Jump Off Point for Chain of Command. 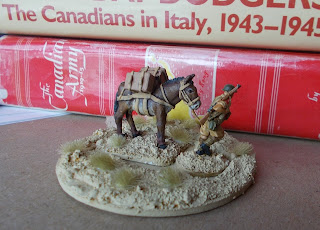 The soldier is Perry Miniatures, and the mule is from a Brigade Games mountain gun team. 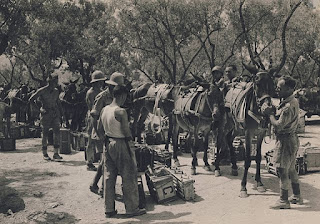 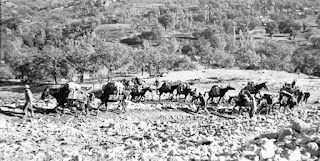 I've made a larger base to represent the jump off point, but the figures are just blue-tacked on so that I can use them for other purposes if need be. 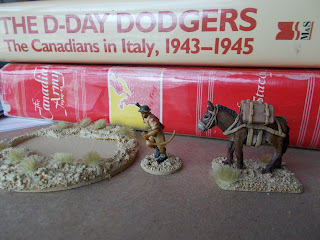 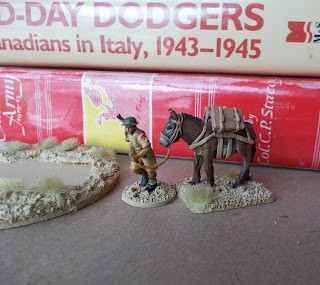 Another marker that can serve as a JOP comes from a Woodbine Design Company character set, a pile of empty tins! 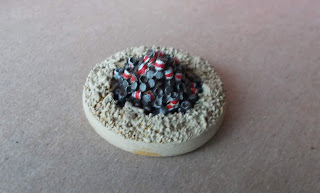 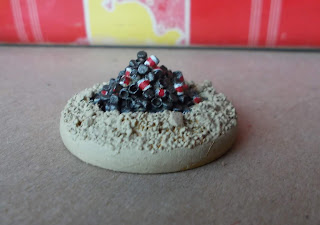 All in all, the collection of JOPs is growing, at least for the Canadians.  I need to redress the balance to provide more German-themed JOPs. 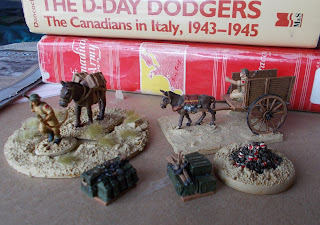