For the Germans in Italy, here is an armoured car, the Autoblinda 41.  It's an Italian armoured car, with a proud history of service in North Africa and Tunisia, often praised as the best Italian armoured car of the war.  It's not quite correct for German service on Sicily, though.  As long as Italy was in the war as an ally of Germany, the AB41 stayed in Italian service, but when the Italians sued for a separate peace in September 1943, the Germans captured hundreds of these vehicles and pressed them into their own service.  So while there were plenty of AB41s in German service after September '43, I've jumped the gun a bit by giving them to the Germans for Operation Husky.

This car is made by Blitzkrieg Models, which I purchased from Perry Miniatures. 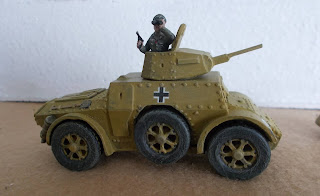 The tank commander was converted from the Perry Miniatures Afrika Korps. 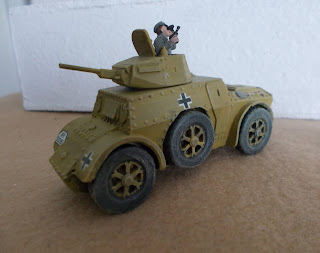 Most of the images I was able to find of the AB41 in German service, especially in Tunisia and Italy, show complex camouflage patterns.  I decided to keep it simple, though, and went with my version of dunkelgelb. 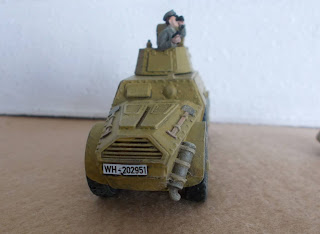 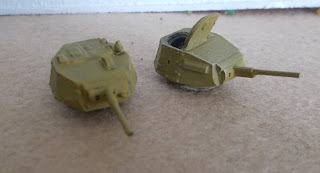 The turrets can be swapped back and forth at need. 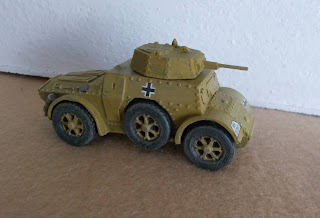 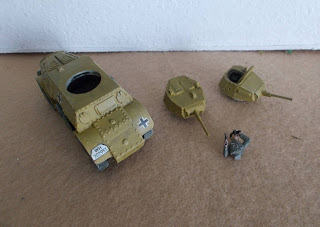 The commander is on a magnet, so can be removed as needed. 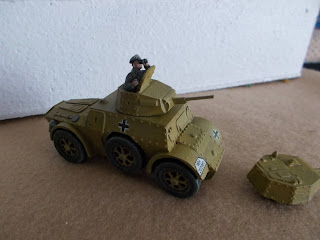