Here's a brand new set of figures from Perry Miniatures, Projector, Infantry, Anti-Tank (or PIAT) teams for the Mediterranean theatres!  I already have one PIAT team for my Op Husky Canadians, but seeing how great these look, I couldn't resist 8^)

The set includes six men, or three teams.  There is this advancing team: 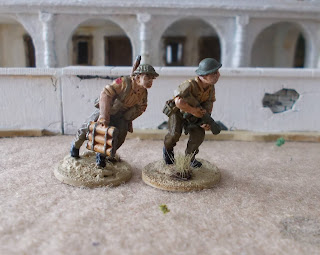 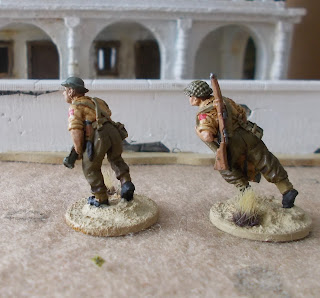 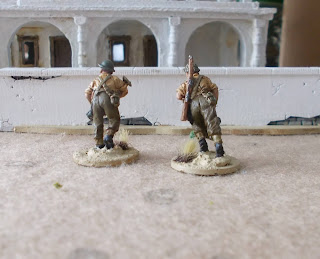 This operator is cocking the PIAT.  This is a great addition, as this was one of the more notorious aspects of the PIAT.  At the centre of the PIAT is a powerful spring, which required a huge effort to cock, and was one of several complaints about the weapon.  It's nice to see this aspect of the PIAT presented. 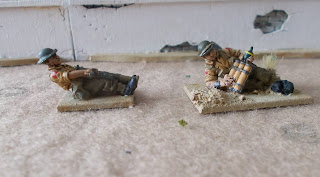 The third team is one firing the PIAT - I like this one the best.  The pose is great. 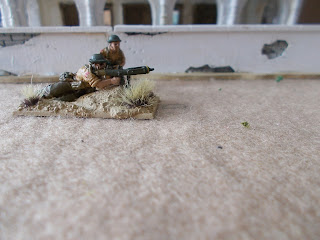 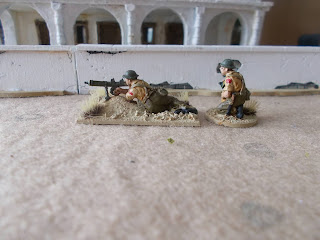 By comparison, here is the PIAT team I assembled from the plastic Desert Rats box. 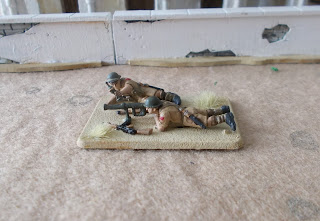 Unsurprisingly, this team looks pretty similar to the 2" mortar team and the Bren gun team made with the same poses! 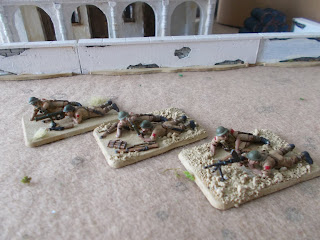 So I'm pretty pleased to have some differences for my PIAT teams.  Do I really need 4 PIAT teams?  Probably not, but it will be handy to have more than one.  Each platoon had a PIAT assigned, but in addition, it might come in handy for my universal carriers, as these have the option of deploying PIAT teams.  So there is at least a potential for me to need 2 or 3 PIAT teams, even if it ends up being small!
Posted by William Bailie at 17:22