The Chances of Anything Coming from Mars....

When I was in high school, one of my favourite albums was Jeff Wayne's War of the Worlds.  So when I opened my new Paperboys Little Wars book, and found this: 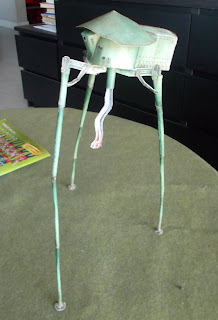 the opening of the album came back to me, Richard Burton's voice reciting "No one would have believed, in the last years of the nineteenth century, that human affairs were being watched from the timeless worlds of space..."

Of course it doesn't look that that in the book. No, the book has two innocent looking sheets: 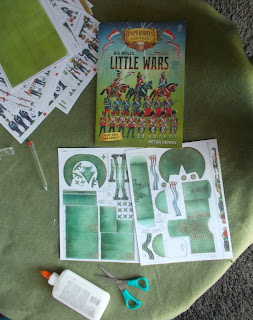 And then with much cutting, shaping, gluing, substituting scotch tape for glue, adjusting, fussing, fitting, cussing and more, I eventually ended up with this delicate, wobbly, structure.  Looks pretty, as long as you don't look too closely! But this experience has taught me that I'm not much of a paper model builder 8-P 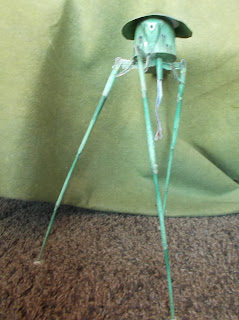 Civilians fleeing before the Martian tripod: 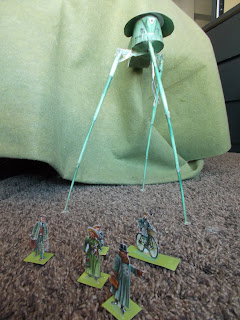 "Bows and arrows against the lightning!"  Soldiers attacking the tripod, to give a sense of the size of the thing. 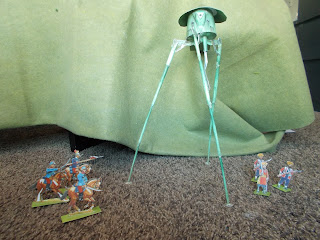 "The Earth belonged to the Martians..." 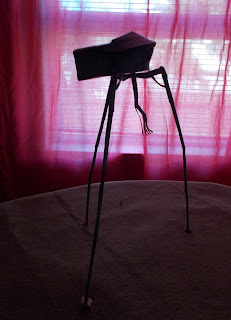